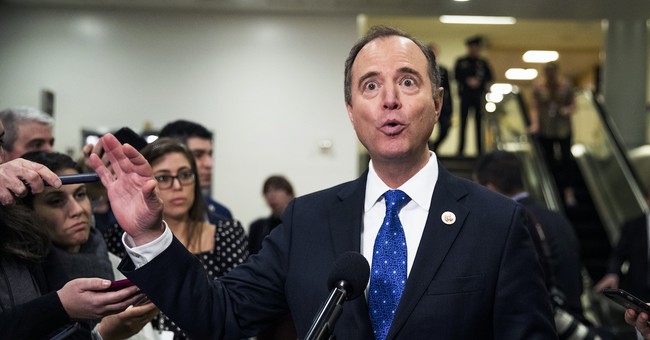 Grab the popcorn — looks like the computer repairman who Democrats and media tried to smear regarding the Hunter Biden laptop is fighting back.

John Paul Mac Isaac was the computer repair guy with whom Hunter Biden left his laptop. Hunter then forgot it — that’s how Mac Isaac came to legally own the laptop. What he saw so concerned him as an American, he turned over a copy to the FBI and also gave a copy to Rudy Giuliani who gave a copy to the NY Post. Had he not done that, we wouldn’t know a lot of what we know now — that was a heroic decision on his part and he suffered a lot for that choice. He previously gave an interview to Fox and detailed how he had been harassed.

For caring about his country, Mac Isaac was assailed and defamed. He was accused of spreading Russian disinformation and even having “hacked” material. He lost his business and was harassed for months, with people throwing excrement, vegetables, and eggs at his store door. He had to go into hiding because of the death threats.

But he’s had enough and he wants some justice for how he was smeared. He just filed a defamation lawsuit against Rep. Adam Schiff, CNN, the Daily Beast, and Politico.

“After fighting to reveal the truth, all I want now is for the rest of the country to know that there was a collective and orchestrated effort by social and mainstream media to block a real story with real consequences for the nation,” the 45-year-old Mac Isaac told The Post.

“This was collusion led by 51 former pillars in the intelligence community and backed by words and actions of a politically motivated DOJ and FBI,” he continued. “I want this lawsuit to reveal that collusion and more importantly, who gave the marching orders.” [….]

In the aftermath, Mac Isaac says his business and reputation was ruined.

“Twitter initially labeled my action hacking, so for the first day after my information was leaked, I was bombarded with hate mail and death threats revolving around the idea that I was a hacker, a thief and a criminal,” Mac Isaac said.

Schiff, who chairs the House Intelligence Committee, “has some explaining” to do, Mac Isaac insisted.

“Without any intel, the head of the intel committee decided to share with CNN and its viewers a complete and utter lie,” Mac Isaac said. “A lie issued in the protection of a preferred presidential candidate.”

Mac Isaac said he’s since endured false accusations of being a Russian spy and a “stooge” for Russian President Vladimir Putin.

“The fight to get to the bottom of who told everyone this was Russian disinformation is far more important for the nation than me clearing my name,” Mac Isaac said.

The media then made up all kinds of lies about the laptop. But the Mac Isaac suit includes three specific instances. Schiff told CNN without any evidence, “Well we know that this whole smear on Joe Biden comes from the Kremlin. That’s been clear for well over a year now that they’ve been pushing this false narrative about the Vice President and his son.” The Daily Beast claimed that the laptop had been “purloined” in a story titled “FBI Examining Hunter’s Laptop as Foreign Op, Contradicting Trump’s Intel Czar.” Politico published the story with the letter from the 51 former intel officials who claimed that the laptop was likely “Russian disinformation” and who admitted they had no evidence to support the claim.

Mac Isaac is asking for $1 million for the damages that he suffered.

Hopefully, he can prevail. But his point is an important one that’s still hanging out there — that the people behind the smear need to suffer consequences for how much they not only hurt him but how much they have hurt the country with their lies. The lies may have fundamentally changed the nature of the presidential election. Democrats scream about election interference, but with the election interference they pushed in 2016 with the Clinton campaign/DNC Russia collusion smear and suppressing the laptop in 2020, they need to be held accountable. What I’d like to see is Adam Schiff trying to explain himself on the stand — he, among many, needs to answer up.