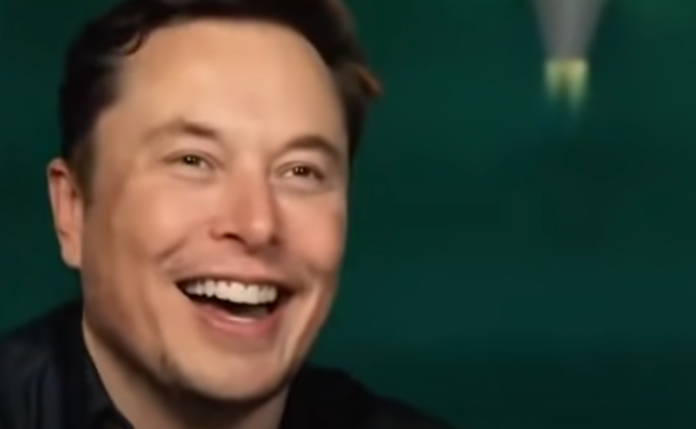 We’ve already seen how the business deal of Elon Musk buying Twitter is blowing the internet up. He’s promised to make the social media platform better – and we’re here for it.

Musk isn’t one to back away from having a little fun. He’s been teasing on Twitter that he’ll buy an array of other American companies so that he can make them better.

Some of the companies he’s joking that he’ll buy?

One tweet said, “Next I’m buying Coca-Cola to put the cocaine back in.”

Others have been giving him suggestions, too – such as buying Doritos so that he can fill the bags all the way to the top. Another even suggested that he buy Mcdonald’s so that he can fix all of the ice cream machines.

That last one made Musk laugh. In case you’re not aware, there’s an ongoing joke that you can’t get a cone or a McFlurry at any Mcdonald’s because their ice cream machines always seem to conveniently be broken. And they never get fixed.

Musk retweeted the suggestion saying, “Listen, I can’t do miracles ok.” It’s nice to know that the billionaire is aware of his limitations.

What he is promising is that he’ll bring Twitter back to being a bipartisan platform where people can exercise their free speech – and conservatives are already returning. In fact, Twitter has encouraged people to “appeal” in the event that their account has been suspended in the past. Even Tucker Carlson has been reinstated on Twitter.

It’s obvious that there are more conservatives showing up, too. Donald Trump, Jr was quick to boast that he gained over 87,000 followers in a single day.

For any liberals who are genuinely concerned about what Twitter is going to become, Musk has announced that he wants it to be “politically neutral.” This means that we might actually be able to get into a friendly political debate without Twitter suddenly banning those with a conservative view of the issue.

As for what else Elon Musk might be thinking of buying, he doesn’t have any solid plans. He may end up with his hands full with Twitter for a while, especially if he’s able to make all of the changes that he has proposed.

Twitter may be the site we’ve all been looking for. Considering that Trump’s platform never really went anywhere, we may even see him ditch his efforts with “Truth.” As of right now, Trump has said that he has no plans to return to Twitter. Instead, he’s continuing to urge people to join “Truth Social” where he has become more active, complete with a message at the end of last week that read “I’M BACK! #COVFEFE”

Until then, you can follow @elonmusk on Twitter to see all of the musings about what he could buy and fix. He may even respond to you. As of the time that this is being written, there’s a heated debate about whether he could buy up a TV network in order to bring back some sci-fi shows with real sci-fi in them – starting with Firefly. And with Musk himself talking about how Battlestar Galactica was a great show, there’s no telling what we could expect from him next. Twitter may be his first purchase of many…