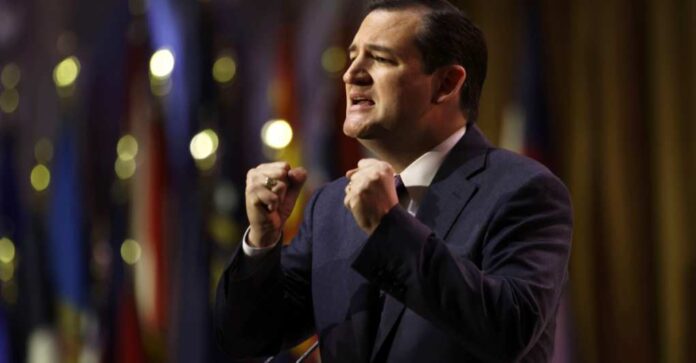 Republicans are organizing opportunities to train the next generation of GOP leadership. Senator Ted Cruz of Texas is the headliner for a new event next month in Atlanta, Georgia.

Cruz will speak at the conference organized by the Truth and Courage PAC, and it will be held on May 21 at the Westin Buckhead in Atlanta.

Leadership for this event will come from the Morton Blackwell Leadership Institute. Their goal is to rally conservatives into active leadership and also train them so that they can make the most effective impact in their communities.

Those attending the event can choose workshops focused on political action and speakers will train them to become leaders where they live by learning how to leverage technology and communicate strong messaging strategies.

Cruz said that he is looking forward to getting with his “fellow Americans” at the May event, calling it the “Together for Truth” summit.

The popular senator from Texas said, “As I travel across the country, I meet Americans who are understandably worried about the direction of our nation. This exciting conference is an opportunity for conservatives to hear from national leaders and turn their concerns into action. We have important races in Georgia this year that may decide the fate of our nation. That’s why I’m asking fellow conservatives to join us in Atlanta and help us take back our country.”

One of the specific focal points for Cruz is to focus GOP attention on efforts to flip Democratic U.S. Sen. Raphael Warnock’s seat so that the Republican Party can keep Georgia’s statewide offices under GOP control.

The Truth and Courage PAC’s executive director is Christine Babcock. She believes that this even is more important right now for conservatives because of the coming midterm elections in November. Babcock said that America is in trouble and these 2022 elections could be the last chance to put the country back on the right track. She is calling all conservatives in Georgia, as well as across the nation, to come together in Atlanta and step up so that they get involved in their local elections.

Babcock expressed that she is “honored” to have Senator Cruz join them at the summit in Atlanta.

“Sen. Cruz has fought for conservative principles and understands how important it is for Americans to unite in 2022. The Truth and Courage PAC wants to equip a new generation of students, parents, and workers with the tools they need to make a difference in their communities,” Babcock said. She closed her statement with a plea to come together so that the country can be saved.

The “Together for Truth” conference will be a one-day event on May 21 and it will feature a number of speeches from conservative leaders and GOP strategists. Their focus will be on getting conservative people involved at the grassroots level in local communities.

Senator Cruz is committed to rallying more GOP leadership to help him in his fight against the left’s agenda that is being trumpeted by the Biden administration. He has recently been leading the effort to lift the mask mandate on airplanes and maintain Title 42 at the southern border.

Cruz, just this week, criticized the CDC for being arm in arm with the president regarding both the mask mandates and Title 42 at the border.

He recently said that considering public health conditions and the tools we have to fight COVID-19, the CDC is moving quickly to end the order and introduce a massive amount of migrants into the United States. He praised the efforts of a federal judge to block this ruling and keep Title 42 in place.

If this summit in Atlanta is successful, there will be more voices like the senator’s being heard.