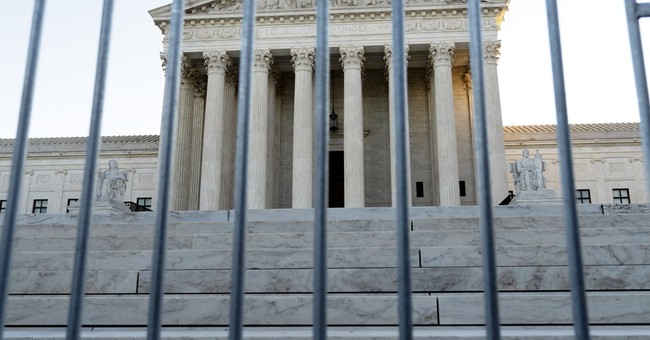 The news is coming hard and fast after a bombshell leak out of the Supreme Court revealed a draft decision to overturn Roe v. Wade. RedState reported on the initial details, noting that it is misleading to treat the draft as the final result.

Still, this is completely unprecedented, and it does appear that five justices were prepared at the time of the draft to overturn the landmark abortion precedents of Roe and Casey. What happens next is where things get interesting, though.

Clearly, this leak was designed to gin up outrage and possibly violent threats against the justices in a last-ditch attempt to get them to change their votes. Shortly after the leak was announced, barricades went up around the Supreme Court.

As to the reactions on the left, they are as hysterical and radical as you’d expect. The party of “norms” is getting dangerously close to outright calling for an insurrection in response to this news. Here are just a few examples, with many praising the leaker as some kind of hero even though this is an assault on our system of governance.

While the left constantly bleats about “democracy” and respecting elections, they actually only care about getting their way. The justices who could possibly overturn Roe were appointed via a legitimate election. To try to intimidate them in this way is on the same plane as attempting to overturn the votes of American citizens. It is a direct assault on the court and its legitimacy, and if the left can write off the Supreme Court to suit their wants, what else can they write off when it’s convenient? That should be the question that a lot of people are asking tonight as things deteriorate.

We are entering uncharted territory, and things could get much worse. It wouldn’t surprise me to see riots stem from this, especially if the court affirms this draft and actually does follow through. Unfortunately, you can expect the mainstream media to take the side of the left in this fight, excusing their wild rhetoric and behavior as justified.

Meanwhile, Bernie Sanders is currently calling for a congressional codification of Roe by killing the filibuster. Not to be too dramatic, but doing that is how you cause divisions to sink to an outright dangerous level in this country. Let’s hope it doesn’t come to that.

Regardless, things are going to get nuts over the next month or so. At this point, I’m not sure the court can wait until June to issue the official opinion. If that draft is the final result, they need to get it out there immediately and let the chips fall. And if it turns out that a justice flips, then it will destroy the credibility of the court. The left can not be allowed to gain a victory from this sick ploy.