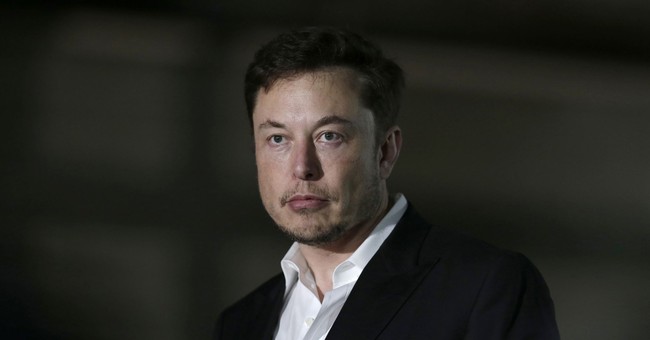 Democrats and their close friends and allies in the activist media are big mad that Tesla CEO Elon Musk is buying Twitter. Why? Because they are terrified at the prospect of someone like him creating a level playing field when it comes to political discourse on the platform. Under the guise of stopping “disinformation” and “misinformation,” the leftists at the company have engaged in politically-biased censorship against conservative voices. The only problem Democrats in government have had with Twitter and other social media companies is that they don’t censor enough.

But now that it appears there is a new sheriff in town, Democrats in Congress are considering how they will react. Bloomberg News published a report on Sunday indicating that some Democrats in the Senate are looking at dragging Musk before Congress to testify on his intentions when it comes to reforming Twitter’s moderation censorship practices. “We’re thinking about it,” said Senate Commerce Chair Maria Cantwell (D-WA) during a Thursday interview.

The lawmaker referred to other occasions in which former Twitter CEO Jack Dorsey and Meta Platforms Inc.’s CEO Mark Zuckerberg were called to testify. In these hearings, senators grilled these individuals about Section 230, which provides certain protections related to user-generated content on their sites.

Upon agreeing to purchase Twitter, Musk declared his intention to transform it into a free speech platform, free of politically-biased censorship. This move was welcomed by conservatives and libertarians who have complained for years that the company applies its terms and conditions inconsistently, showing favoritism toward left-leaning users.

Sen. Ed Markey (D-MA), who serves on the Commerce Committee and has repeatedly pushed for legislation to regulate Big Tech companies and tamp down on certain types of speech, insisted that hauling Musk before Congress is the right move.

“It’s a technology which is central to democracy and our economy and it is important for the representatives of the American people to hear what the new owners intend on using that technology to accomplish,” Markey told Bloomberg. “We have to understand the censorship or lack thereof, content moderation or not, that is going to be the policy for the new owner.”

Sen. Richard Blumenthal (D-CT) agreed with his colleagues, insisting that Musk should be compelled to testify. “There is a powerful imperative to ask him to tell Congress and the American people how he’s going to address the concerns that we’ve raised,” he said.

None of this should come as a surprise.

When it became apparent that Musk would likely become Twitter’s new owner, it became obvious that Democrats would seek to use the power of the state to rein him in. White House press secretary Jen Psaki indicated the administration might push for legislation to address Section 230 in a way that would pressure Twitter and other Big Tech companies to ramp up their censorship efforts. Even before this development, the White House tried using its position to bully Facebook into tamping down on viewpoints on COVID-19 that did not comply with the Democrat-approved narrative.

Right now, Democrats in Congress claim they are only considering having Musk testify. But we already know it’s only a matter of time before they haul him to the Capitol building, don’t we? They might not do it tomorrow. Perhaps they will wait until he is officially the new head of Twitter. But either way, they believe a reckoning is in order, and they will do anything to make Musk play ball. The question is: Will Elon Musk bend to the pressure?