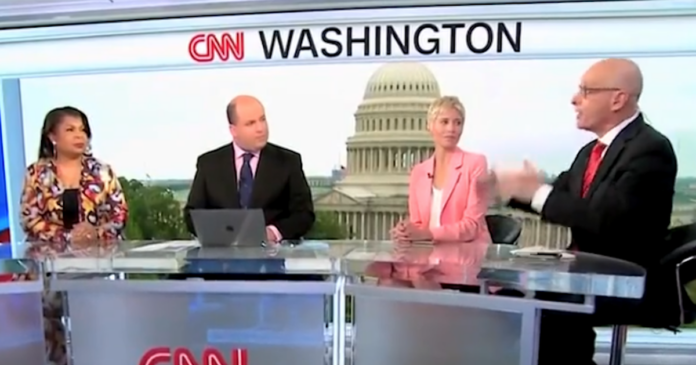 Elon Musk’s purchase of Twitter has made all the right people mad, and that includes a lot of the talking heads within the mainstream media. Initial reactions were as overwrought as you’d expect, with cable news setting its collective hair on fire.

But, if anyone thought the passage of time would bring about some moderation, I can assure you that hasn’t happened. CNN held a hilariously composed roundtable on Sunday morning with figures like Brian Stelter, April Ryan, and someone named David Zurawik. While obviously being an avid political observer, I’ll admit to having no idea who Zurawik is. Yet, my first exposure to him has certainly left an impression. Namely, that he’s deranged.

While discussing Musk’s acquisition, Zurawik lit into a hysterical rant about the supposed dangers of unabridged free speech. In doing so, he managed to give the game away on what about this deal is actually driving the media so insane.

The entire segment is bonkers, but here’s the money quote.

There’s a bigger problem here about how we’re going to control the channels of communications in this country.

And that’s what this is really about. All of the far-left Democrats sitting at that table are not actually worried about online harassment. They couldn’t care less about real disinformation, and they don’t lose a bit of sleep over supposed “hate speech” on social media. No, what this is really all about is controlling the prevailing narratives.

CNN and the like are used to having the deck stacked in their favor. They have special carve-outs that allow them to push essentially whatever they want without a second thought. The algorithms are bent to their will, they own the “fact-checkers,” and they rely on being able to dictate what gets traction and what doesn’t. While true stories on Hunter Biden get censored, their misleading tripe gets promoted to the trending list.

Musk is promising to take all that away. Worse for them, he’s promising to peel back the curtain and expose what’s been happening for years. The billionaire has already said an open-source algorithm is coming, and he’s also making transparency a priority in his decision-making. The left absolutely hates that. They don’t want to play by the same rules as everyone else, and now that they might have to, they are lashing out in more and more tyrannical ways. And keep in mind, that we are talking about a single platform here. That’s how spoiled they are by the bias that normally does their bidding. Imagine how they’d act if the playing field was leveled further?

I hate to be the one to have to break this to Zurawik and his friends, but they are the bad guys here. They are the ones losing their minds over the prospect that the government, colluding with huge corporations, might not have quite the same grip on the flow of information they’ve had in the past. It’s pathetic to see them get so worked up over Musk, who himself is fairly liberal. We already knew these people were worthy of scorn, but now they are just acting like children.

Still, this isn’t child’s play. This is serious, and pushing back on a news industry that is this desperate to stifle basic free speech is the prevailing issue of our time.