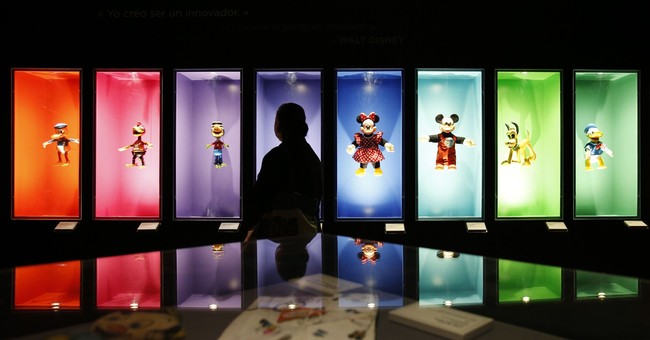 It has been a tumultuous few months for the most magical corporation on the planet. For reasons that still make no sense, the House of Mouse decided to wade into political waters and take up the fight with the governor and the legislature of Florida over a parental rights bill. The past weeks have become a tempest of bad PR and worse results for the entertainment conglomerate, and now one of the top names in the company has announced he is leaving the turmoil.

The head of corporate affairs for the Disney Company, Geoff Morrell, is stepping away from his command. This is a significant move, given that Morrell was seen as a communications wizard, with a strong resume in that field as well as possessing the needed contacts for the government relations side of the business. But the controversies over the past couple of months have been a dark cloud over the company, and it looks like Morrell might have become a sacrificial lamb.

Morrell only joined the Disney Company this January, and after just three months he is breaking ties. While the announcement delivered the expected boilerplate language in such departures – he is said to be “leaving the company to pursue other opportunities” – there are indications he was scapegoated in this new environment. In an email to staffers, he indicated there was more of a direct internal problem.

“After three months in this new role, it has become clear to me that for a number of reasons it is not the right fit.”

This seems at odds with why he was brought in, considering he was both a communications executive vice president for BP Oil, but also had years working as the chief spokesperson for the Pentagon. It seems unlikely he was a man who could not cut it at his position. One other indicator: part of his duties will be handed over to Kristina Schake, the Clinton-Obama player who was brought in in April to become communications director.

Questions have been surfacing regarding CEO Bob Chapek, who was the reason all of this controversy has been erupting. After initially taking no position on the legislation, Chapek has been seen as fumbling on the matter, by initially issuing a milquetoast comment that was tepid in the minds of his workers.

When that did not satisfy some Disney employees, he came out with firm opposition to the bill, actually apologizing for not being more firm or not speaking against the bill earlier. Disney announced it was curtailing political donations and vowed to aid efforts to have the law repealed. But by this point, the bill was seeing passage in the legislature, and this led to Chapek becoming criticized on both sides of the issue; proponents saw him as meddling in political affairs, and opponents and certain employees were angered over the lack of timely action.

Videos have been released showing internal management pledging to foist an LGBTQ agenda in their content, polls have shown support for the law, indicators are that people are willing to turn away from the company, and then the legislature passed the new law to strip the company of its Reedy Creek exemption status. Disney has experienced a significant drop in stock price during this year, hitting a new 52-week low just this week.

Not helping Capek’s cause was Bob Iger chirping in about the issue, making it seem as if he disagreed with Chapek’s initial hesitance to enter the fray. It can be argued that nothing the company has done in regards to this law has worked, and now it appears one executive had to take the fall to preserve Chapek’s standing.

It has long been commented that the easiest thing for a company to do regarding political matters is to not do anything. Taking a stand ultimately means you stand a part of a portion of your customer base. On the matter of the Florida law, it has been foolish for Disney to get involved. The law had no direct involvement with the company, and in the end, they have managed to alienate a significant number of parents who serve as its core customer base.

The New York Post covered how Chapek is seen by some inside of Disney as having played this incorrectly. One person on the inside appears to have touched on the central cause of this new problem for the corporation.

“I don’t think this would have happened under Iger,” said a source who has worked for both men. “Disney now finds itself in the middle of a culture war and it shouldn’t have been there.”

What it comes down to is Disney stumbling into a controversy to oppose a law that, in the end, follows the standard the company follows with its content. The law wants to see fit that the curriculum for the youngest students is age-appropriate. This is the very same ratings system Disney adheres to, indicating when content might require Parental Guidance – the exact same thing the law calls for in schools.

For Disney to oppose this very same standard is not only foolish in appearance, but it has also angered a key component of its audience – the parents. As a result, the company is now embroiled in a culture siege, when there was something else entirely it could have done as a company, and been far better off. It could have simply done nothing.