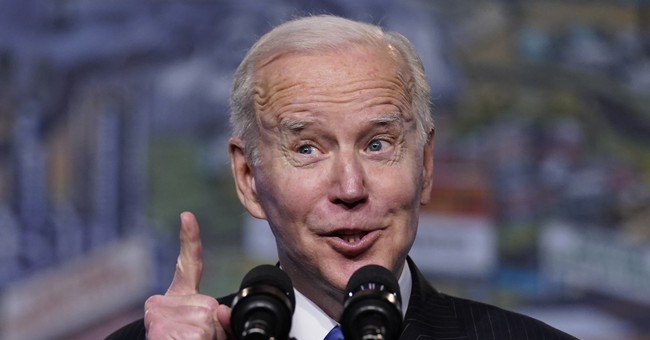 Hunter Biden’s laptop has revealed a lot, including the depths to which Joe Biden seemed intertwined with his son Hunter’s business, his accounts, and his business partners.

But the laptop has also revealed how they wanted to keep his involvement in the business on the down-low, and Tony Bobulinski has confirmed that. That would suggest that they knew they were doing something wrong and/or doing things they didn’t want people to know about. The emails referred to Joe Biden by various codenames including “Celtic” and “the big guy.”

One of the other things that the email revealed was another alias of Joe Biden’s, even when he contacted his son and others in the emails seen on the laptop. The pseudonym he went by might make one wonder. He used the name “Peter Henderson” — the name of the fictional Soviet KGB spy in the novels of Tom Clancy. The name was connected to his email “67stingray”, which references the Corvette that Biden prizes.

Can we ask why Joe Biden is using the name of a Soviet spy, and what that might portend?

Henderson, whose codename was Cassius in Clancy’s realm, worked as a “minor Senate aide” in 1970 before becoming a Russian spy who was later caught by the CIA and turned into a double agent.

He was then freed due to “deep knowledge of secret information on the Soviet Union,” according to an authoritative Jack Ryan fan site. The character appeared in four Clancy novels, including “The Hunt for Red October.”

Weeks later, Biden appeared to still be using the mysterious alias in November 2016 while forwarding a Forbes story about how demographic trends “spell trouble” for China and Russia, but indicate “prosperity” ahead in the US.

The message was sent from Biden’s “67stingray” account, the email shows.

The account then sent a short yet emotional message to Hunter Biden on Jan. 3, 2017, just weeks before Biden left the White House after eight years as vice president in Barack Obama’s administration.

“Keep in touch,” the message sent from an iPhone read. “Love Dad.”

Unsurprisingly, the White House isn’t responding to requests to answer why Joe Biden was using this alias. We’ve seen him deny knowing anything about his son’s business, and we know that was a lie. So, we know they’d just lie again.

The GOP is now demanding answers from at least one of Hunter’s business partners, Eric Schwerin. Joe Biden has a simple mind so, it’s because he knows he’s hiding something when he’s using such a name. Was it just the influence-peddling or was there more going on here? Maybe Biden had the same “flexibility” as Barack Obama.