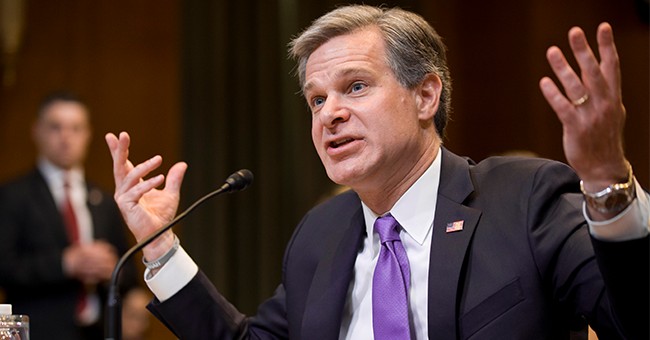 The FBI’s corruption, even just over the last five years, has reached levels few imagined. Sure, there’s always been a certain amount of distrust of government agencies, and the FBI itself has a long history of malicious activity going back to its inception. Yet, things truly went to the next level in the year prior to Donald Trump taking office, and they’ve only accelerated since then.

The most recent example involved the supposed kidnapping plot against Michigan’s Gretchen Whitmer. Just prior to the 2020 election, the FBI made a big show of taking down several “right-wing” extremists who we were assured were deadly serious about going after the Democrat governor. Of course, it was just one big coincidence that the government made its move during a time period that exacted maximum political harm against Donald Trump by pushing a left-wing narrative about “domestic terrorism.”

In early April, though, two men were acquitted of conspiracy (with the jury hanging on the rest of the alleged suspects) after they successfully argued that they had been entrapped. That wasn’t a new theory, either. RedState and other outlets had been pointing out for years that the entire situation stunk, and that it appeared the FBI cooked up the plan while manipulating vulnerable men to take part in it. Last I checked, the government isn’t supposed to be in the business of instigating crimes that otherwise wouldn’t have been committed, but here we are.

Obviously, I could rehash the FISA abuse, the corruption surrounding Crossfire Hurricane, or the obsession over “white supremacy” while ignoring far more prevalent issues, but that’d be overly redundant. Anyone who’s been alive the last six years or so knows exactly what has transpired.

Apparently, things can always get worse, though, and a new report on warrantless searches is raising big concerns about the FBI’s respect for civil liberties (I know, I laughed typing that as well).

The Federal Bureau of Investigation conducted as many as 3.4 million searches on Americans’ electronic data last year without a warrant, U.S. intelligence officials said Friday, according to the Wall Street Journal.

The data was disclosed as a part of the Office of the Director of National Intelligence’s Annual Statistical Transparency Report. Yet while the report is regularly issued every year, the search disclosure is new.

In fact, it marks the first time that a U.S. intelligence agency has published the number of times the FBI has accessed Americans’ data using Section 702 of the Foreign Intelligence Surveillance Act, a program passed into law in the years following the Sept. 11, 2001 terrorist attacks to enable the U.S. to spy on non-Americans overseas.

Section 702 was a misguided attempt to avert another major terrorist attack following 9/11. Yet, even if you assume the intention behind it was good, on what planet does the FBI need to use it 3.4 million times in a single year in order to combat terrorism? The answer is that they clearly don’t. Rather, the system is being abused, with the FBI directly violating the Fourth Amendment. To what end is anyone’s guess, as there’s no hard data on exactly who is being targeted.

Regardless, this is another example of why the FBI doesn’t need to just be reformed but needs to be completely disbanded. We have long passed the point of no return for the myriad of arrogant, corrupt officials who run the agency. And while I’d love to say the rank and file are different, the Whitmer case shows that’s simply not the case. The rot runs from the top all the way to the bottom. It’s not salvageable-no matter who ends up in the White House in 2025.

Lastly, it needs to be said that far too many Republicans still support Section 702, fighting tooth and nail to preserve it while ignoring the fact that Americans have a right to privacy. Learn their names (such as Lindsey Graham), and hold them accountable.