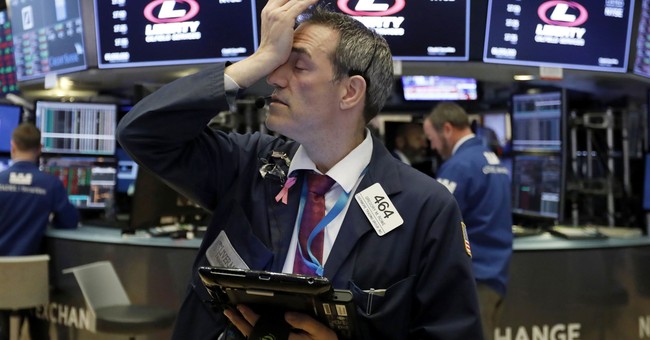 The Dow Jones Industrial Average plummeted almost 1,000 points Friday, with the Nasdaq Composite and the S&P 500 suffering brutal losses, too. Amazon and its founder, Jeff Bezos, were among the big losers, with the e-commerce company’s shares dropping 14 percent and Bezos losing $13 billion. It’s unlikely he’ll be selling any of his yachts, though, as it still leaves him with an estimated $148.8 billion.

According to Bloomberg, the world’s 500 richest people lost a total of more than $54 billion. Whoa!

Regarding Amazon’s struggles, they write that the company is:

…contending with higher labor costs following a hiring binge during the pandemic and a surge in inflation that may hold back sales. The company posted a net loss of $3.8 billion in the quarter ended March 31, compared with profit of $8.1 billion in the same period last year.

Earlier this month, we brought you the story of how Amazon is imposing an onerous five percent “inflation fee” on its third-party sellers, making it likely that at least some won’t survive.

The Nasdaq and S&P were down 4.2 and 3.6 percent respectively, with both finishing at new lows for this year.

Biden’s economy was already having a bad week. Notes The Hill:

U.S. gross domestic product (GDP) fell at a yearly pace of 1.4 percent during the first quarter, the Bureau of Economic Analysis said Thursday, marking the first economic contraction since 2020. A spike in imports and a decline in exports subtracted enough from GDP to push growth in reverse.

Naturally, the White House was quick to lecture (gaslight) us into believing the GDP numbers weren’t that bad, and even if they were, it was somebody else’s fault. Here, White House Press Secretary Jen Psaki takes the podium Thursday to give us a lecture on what the GDP is, before issuing a word salad saying in effect, “don’t believe the numbers–everything is awesome!”

Investors clearly aren’t buying what she was selling though, as seen by Friday’s Massacre at the Markets.

The all-around bad economic numbers have brought recession fears among weary consumers and some economists.

When this administration came to power, they vowed that they would be the “adults in the room” and would always be held accountable when things went wrong. In reality, we’ve repeatedly seen Biden and Psaki accept blame for nothing and constantly blame other people or outside forces–it’s Putin, it’s the damage Trump left us, it’s the weather, it’s the supply chain, yadda yadda yadda.

These are Biden’s (horrific) economic numbers now, and he needs to own them. He’s been in office well over a year, and they are the results of his policies, from shutting down pipelines to handing out money like candy. This is the Biden economy-and let’s just say, it’s not good.