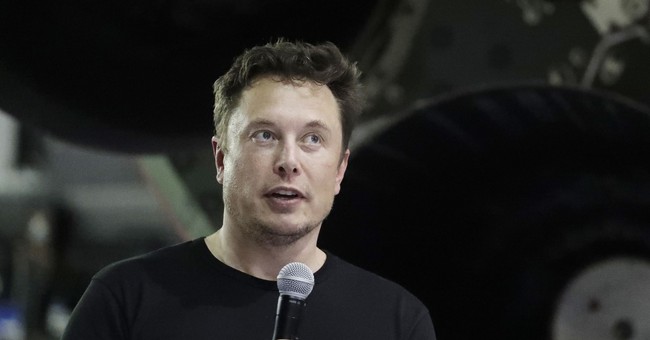 It says something about Elon Musk that, knowing he’s walking into the lions’ den in buying Twitter and facing the fury of the left, he still proceeds and continues to poke at those lions with the truth.

He posted a fun graph that exactly tells the tale of what has happened in politics since 2008. He didn’t create it, but it resonated with him.

Interestingly, if you take it literally, it means he sees himself as center-right.

But, his graph could represent many people who used to consider themselves liberal or on the left; it isn’t they who have moved — it’s the Democratic party and leftist elite who have galloped to the radical extreme.

He also called the Disinformation Governance Board effort by the Biden Administration “messed up.”

So for White House Press Secretary Jen Psaki, who said she didn’t know anyone who would oppose such a Board, check with Musk. Not to mention millions of other Americans who believe in the Constitution.

Of course, the liberal media had to immediately run out and attack even the graph he posted, with Philip Bump of the Washington Post arguing it wasn’t “accurate.” Musk is not even allowed to have his own opinion and his own experiences, according to the liberal media.

While the liberal elite might want to cut Elon off at the pass, it looks like he will have his say, at least on some level, and they’re just going to have to deal with it. When he got financing for his takeover, he told the banks that he would be slashing the executive pay and some of the top jobs at Twitter, among other cost-cutting measures and things to help profitability. He said he would be getting rid of the salaries and benefits for the board, which he said would save $3 million right there.

Musk has indicated that he doesn’t have a lot of confidence in the present board and current management. According to the NY Post, one of the people whose job might be high up on the list to get the boot — Vijaya Gadde, who earned $17 million as Twitter’s top legal counsel. If you’re going to save money, $17 million on one lawyer is crazy-and I say that as a lawyer. Plus, if her position is incongruous to his thoughts, and you don’t want to censor in the same way anymore, you would think it isn’t going to work out.

So, prepare for more meltdowns, as the swamp-cleaning begins.