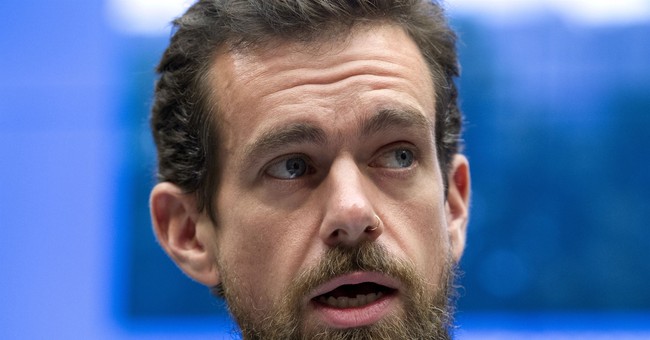 Twitter founder and former CEO Jack Dorsey posted an interesting Twitter thread on Friday attempting to explain the social media site’s censorship actions. Dorsey said that all misdeeds at Twitter were “ultimately my responsibility,” going on to explain that while some issues could be corrected immediately, others require taking on a longer process of “rethinking and reimplementing.”

I have tried taking a break from Twitter recently, but I must say: the company has always tried to do its best given the information it had. Every decision we made was ultimately my responsibility. In the cases we were wrong or went too far, we admitted it and worked to correct. Some things can be fixed immediately, while others require rethinking and reimplementing the entire system. It is important to me that we get critical feedback in all its forms, but also important that we get the space and time to address it. All of that should be done publicly. Doing this work means you’re in the arena. Nothing that is said now matters. What matters is how the service works and acts, and how quickly it learns and improves. My biggest failing was that quickness part. I’m confident that part, at least, is being addressed and will be fixed. It is also crazy wrong that individuals or companies bear this responsibility. As I’ve said before, I don’t believe any permanent ban (with the exception of illegal activity) is right or should be possible. This is why we need a protocol that’s resilient to the layers above.

Former Townhall journalist Beth Baumann immediately called out Dorsey on his lack of responsiveness during the New York Post debacle.

You “corrected” the decision to ban @nypost’s account and keep people from tweeting their story about Hunter’s laptop. But it was too little too late. You influenced the election. Twitter should have NEVER played gatekeeper with information that ended up being factually accurate.

The Twitter founder fired back, claiming that he took action as soon as he found out, but many pointed out that the Post was banned for nearly two weeks, despite everyone else with any good sense knowing right away that the story was true, or at least worth reporting.

Dorsey’s protestations certainly ring hollow, given that in just the past few days conservative Twitter users have experienced an astonishing uptick in follows and visibility. Twitter has tried to claim the sudden change is organic, but many users maintain that it is simply proof that Twitter got caught with their hand in the cookie jar and now is trying to erase the evidence before Musk officially takes the helm.

Dorsey may well believe that his intentions were only good. We don’t know the man well enough to judge his sincerity. At worst it is lying, at best it is the type of obtuseness that has thrown this country into utter chaos over the last two years. The problem is not in the algorithm, the problem is in the ideology of the people who run the algorithm. They made unilateral decisions on what constitutes the very vague concept of “misinformation” that were based on their own political biases.

The result was to make Twitter one of the most egregious abusers of the information superhighway by making them the arbiter of information, rather than letting users decide for themselves what they would like to see and share. It was based on the misguided (rather pathetic) notion that a select few people know better than everyone else what information the public should digest.

When you believe that your political opponents are Literally Hitler(TM), it’s easy to justify wielding what power you have to shut them up and prevent conversation around their concerns.

Let’s not forget that Dorsey wasn’t just banning the Post, but punishing many accounts that shared the investigation. Of all the decisions Dorsey made during his tenure, the New York Post ban was the most blatantly political, and no amount of justification can make that stain on his legacy go away. Would we be getting this mea culpa from Jack Dorsey if Musk hadn’t stepped forward to shake things up?

The whole thing reeks of fear and arrogance. If Musk’s bid ultimately falls through, it will still have been a successful endeavor. The doors have been flung open and we’re all finally seeing how the sausage gets made.