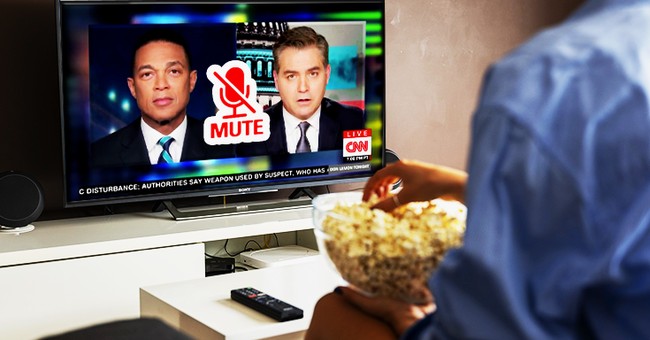 A week ago, I covered how the media complex is losing its grip on controlling the news and its practice of driving particular issues. Recent months have shown the news outlets’ ability to steer narratives has not only waned but might be on the verge of dissipating. Now, we have some further examples of this loss of control.

For this second round, we can start with the big announcement that came on the heels of my last column, that being the demise of CNN+. While the new streaming service was fraught with deep problems from the start – many would say, since inception – it was still a bit of a surprise to see the parent company call for the entity’s outright cancellation.

This is a glaring example of both immense ineptitude and hubris: two character traits in full effect at the network. CNN, as a standard network, has been struggling for over a year. Its ratings have cratered, and they managed to pile on the scandals of the highest order in quick succession last fall. Among just the three cable news channels, CNN struggles to have any program crack the Top-30. No show comes close to reaching the 1-million viewer plateau, and their primetime lineup is topped by Anderson Cooper at 8 pm, with each successive hour seeing a drop in audience.

To think that people who avoid their free broadcasts would pony up funds for additional, unwatchable content was a complete misfire, but they tossed a huge fortune at the launch, based on severely skewed projections. Sarah Fischer obtained some internal documents that reveal the fantasy realm these executives were operating within. They saw a day where subscribers would reach the 30-million level, comprised mostly of what they called ”CNN Superfans.”

Internal research for CNN+ from a May 2021 research document obtained by Axios shows the value proposition for a paid news video service was never clear for consumers, who were increasingly suffering from news fatigue. one CNN source says that research — which was distributed widely within CNN — was eventually dismissed as inaccurate, another said it shows why employees outside of the CNN+ team were skeptical of the service.

A sign of the gaslighting, smoke-blowing, and sheer audacious lying expected from the network these days was displayed by Brian Stelter, as he addressed CNN+’s implosion. Instead of analyzing the issues that cause this historic fiasco, Stelter attempted impotent spin, saying, “It’s too early to know if this product and this service was a success or a failure. You know you’ve got all the haters today saying this thing was a failure. I don’t know we can even ever assess that.”

At least $300 million was spent setting up and promoting CNN+, and the announcement it was being shuttered came after just 24 days of broadcast. That totals out to $12.5 million per day, Brian. I think it is very safe to say this was an abject disaster. But this is hardly the lone example, of late, that the press is holding little sway with the general public.

Consider how long podcaster Joe Rogan has been the target of media attacks for daring to have his own opinions and to broadcast them freely. After months of demonizing the man over his positions on the pandemic, and suggesting his use of Ivermectin helped him get over the COVID virus, the press saw a new avenue of attack. In February, a video was released of Joe Rogan using the dreaded N-word — a fully cancel-worthy act, according to the press.

The video was a desperate move, backed by the liberal SuperPAC Meidas Touch. It was a compilation of times Rogan was caught uttering the word over a 12-year period, all of which barely amounted to a 30-second clip. This was supposed to be the sword slash that would bring down the podcast titan. CNN even ran a number of pieces on this alleged news event, one of which likened Joe’s thought crime to the highest level of threat.

What Rogan and those that defend him have done since video clips of him using the n-word surfaced on social media is arguably just as dangerous as what a mob did when they stormed the US Capitol on January 6 last year.

Then, just to underscore specifically what the endgame was in this broadside attack by the press, CNN made the bold charge:

Rogan breached a civic norm that has held America together since World War II. It’s an unspoken agreement that we would never return to the kind of country we used to be. That agreement revolved around this simple rule: A White person would never be able to publicly use the n-word again and not pay a price.

That is a severe prosecution in the court of public opinion. And what was the ultimate judgment on Rogan? The sentence has been handed down – as Sister Toldja detailed earlier today, Spotify and Rogan are doing just fine for themselves. Over the last quarter, subscribers rose by the millions, their total customer base is 15 percent higher than a year ago, and revenue spiked to 24 percent higher from the same period in 2021. So much for the media cancelation.

And as if this were not enough, there is the other major media hysteria taking place, and that is the purchase of Twitter by Elon Musk. There has been no lack of outrage and hyperbole from the press over his move. Initial reports attempted to get him blocked from joining the board of the company, so he elected to buy it outright. The press pushed further, applauding a desperate and possibly violating attempt to poison pill the buyout by the board.

All the while the media outlets owned by billionaires tried to tell us a billionaire buying into the media sphere was dangerous. Journalists tried to sell us on the idea that free expression – for us – was a threat. Now all of that could be explained away as a failure to halt the passions of a rebel billionaire. Surely, though, they managed to sway public opinion, and people will flee the social platform as he takes over.

At the rate 2022 is going, the press is looking to fare about as well as the Democrats are projected to perform in the November elections. This stands to reason, given the way the media sold Joe Biden to the general public; they are facing these returns under warranty.