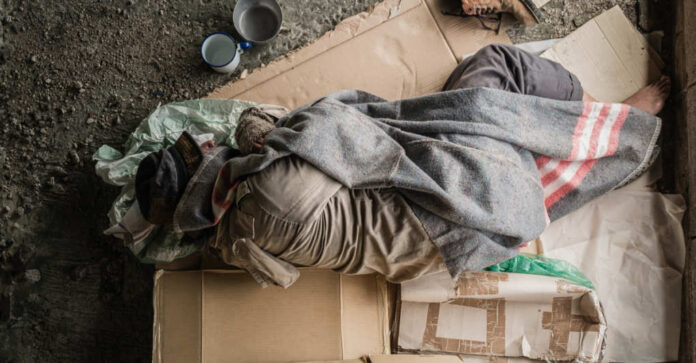 Los Angeles County is a heavily Democratic-controlled county in California. The liberals have done a great job of raising taxes and the cost of living so ridiculous that no one can afford to live in the county. Their actions have led to a massive hike in the homeless population.

The trouble brewing for the Democrats does not stop with a high homeless population. Records show that five homeless people a day are dying on the streets. And so far, the Democrats do not seem to be motivated to do anything about the problem.

In 2021 there were over 2,000 homeless deaths in Los Angeles County. The Daily Wire noted that the New York Times ran a report stating, “Hundreds of those who died did so in plain view of passersby, with 287 dying on the sidewalk. Another 72 were found on the pavement, and 24 died in alleys, the report found, which was based on data from the L.A. County coroner.”

The increased death rate among the homeless population is directly related to the increase in the homeless population. The Democrats refused to help them when they needed it the most, which led to these people not having access to healthcare and decent meals daily. They were thrown out onto the streets to eat and live off of the waste of the liberal elite.

Gavin Newsom should pride himself on his state’s statistics because of his socialist policies. California has over 25 percent of its homeless population roaming its borders. The sad part is that Newsom refuses to do a thing for the homeless because he is a greedy liberal that won’t lift a finger to help another person.

The Daily Wire also reported on the New York Times article that “several factors as resulting in the increase in deaths, including the cumulative age of the homeless population increasing and the fact that ‘living and sleeping outdoors’ leads to shorter life expectancy. ‘The wider availability of fentanyl, a particularly fast-acting and dangerous drug, has been a major cause of the rising death toll, but many homeless people are dying young of treatable chronic illnesses like heart disease.’”

Gavin Newsom has made a state that is full of homeless people. He has also made it possible for the homeless to get their hands on illegal drugs to pass away the time and not have to think about their situation.

Newsom also neglects the homeless by not providing consistent care programs to help them get back on their feet and maintain good health. The Times reported that the programs seem to start up and then get shut down, which provided unreliable care.

The Democrats are a group of unreliable people. They want to control people’s lives, but they cannot even manage a simple problem such as homelessness. People need to be left alone and provided opportunities to choose what is best for them. Many of the homeless in California would love to have a chance to start a new life and get back on their feet financially. But Newsom will not make it possible for them.

The liberals are using COVID-19 to cover up their negligence. They argue that COVID-19 took center stage, and they needed to focus all of their efforts on keeping people safe. But that argument only proves that they cannot help people the way Republicans can do.

The homeless in California are the forgotten people of America. There is not a liberal alive willing to go out of their way to lovingly help someone in need. Instead, they would act like Joe Biden and turn away and act like the problem does not exist.