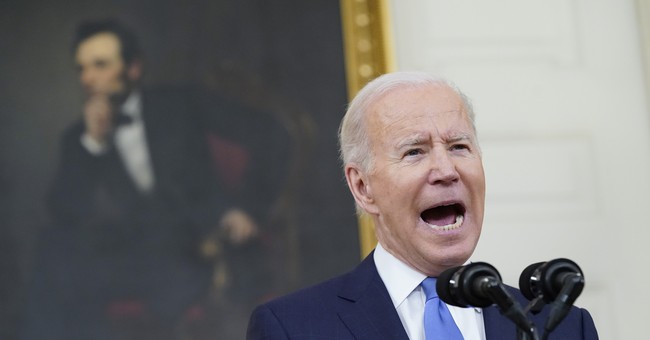 We’ve reported in the past that Sen. Chuck Grassley (R-IA) and Sen. Ron Johnson (R-WI) have been trying to highlight some of the concerning questions involving Hunter Biden, James Biden, and the connections to businesses related to foreign governments, including the Chinese.

Now, it looks like the House Republicans are on it as well, and they are demanding answers and documents from Hunter’s business associate, Eric Schwerin, on Joe Biden’s connections to it all. More senators are getting involved, as well.

Eric Schwerin was the president of Rosemont Seneca Partners, Hunter Biden’s firm. But remember when Joe Biden said he didn’t know anything about his son’s business? He certainly knew something about Schwerin, because according to the emails, Schwerin was intimately acquainted with Joe Biden’s finances, even so far as receiving Joe’s tax refund check. The emails also showed there was a lot of conflating of funds — with Hunter paying for Joe’s bills and Joe paying for Hunter. That means that anything that Hunter may have taken in from his foreign dealings, including those connected to foreign governments, may also have benefitted Joe Biden.

That’s on top of the question of what percentage Joe may have allegedly had — according to one email in one venture with Chinese connections — it was “10 percent for the big guy,” big guy meaning Joe Biden. That’s a question that even the Hunter Biden grand jury is asking.

As we reported, Schwerin also met with people in the White House 19 times between 2009 and 2015, meeting with various close aides to Joe and Jill Biden. He also met at least once with then-Vice President Joe Biden. A new count from Fox News indicates that there were at least 27 visits, with eight additional visits on top of what we already reported. These additional visits were in 2016. On those visits, Schwerin met with Steve Richetti, Joe Biden’s chief of staff at the time. A lot of visits for a business partner, when Joe Biden knew nothing about his son’s business.

But it gets even more involved. In addition to working with Hunter and managing the family finances, he was also appointed by Barack Obama in March 2015 to serve on the Commission for the Preservation of America’s Heritage Abroad, a “key administration position,” according to Obama. So, was the position a payoff for all the work he did for the Bidens? When you have that kind of intertwining of activities, it invites that question, and it sounds like the House Republicans are thinking along the same lines.

“We expect Eric Schwerin to provide us with answers to our questions,” a House Republican aide told the NY Post. Rep. James Comer (R-KY) sent Schwerin a letter detailing what they want.

On June 10, 2010, an email from you to Hunter stated: “Your Dad’s Delaware tax refund check came today. I am depositing it in his account and writing a check in that amount back to you since he owes it to you.” This email shows an intertwined financial relationship between President Biden and his son, the latter of whom has profited from America’s losses to foreign adversaries. The Obama-Biden Administration’s subsequent nomination of you as a member of the Commission for the Preservation of America’s Heritage Abroad further complicates the Biden family’s private and public dealings. If President Biden and Hunter are sharing funds or if President Biden is in debt to his son–the American people deserve to know it, especially in light of the millions of dollars Hunter’s businesses have received from countries adversarial to U.S. interests. [….]

Your simultaneous role as president of Hunter Biden’s Rosemont Seneca Partners and handler of President Biden’s tax return money– and subsequent nomination to a “key Administration post[]”6–is troubling and raises concerns that President Biden’s finances are closely intermingled with Hunter Biden’s. Recent media reports indicate you “made at least 19 visits to the White House and other official locations between 2009 and 2015[.]”7 To the extent President Biden was indebted to Hunter–a man whose livelihood depended on foreign nations–he may also be indebted to countries not aligned with U.S. interests. It is paramount that the Committee investigate whether there are national security implications to Hunter Biden funding his father.

The letter asks Schwerin to divulge any communications involving Joe Biden and Hunter Biden since 2009, as well as to identify any positions he held in Biden companies, and to provide any documents he might have as to Joe Biden’s finances and tax filings. If he doesn’t comply, expect a subpoena coming when they take back power in November.

Sen. Bill Hagerty (R-TN) picked up on all this and pressed Attorney General Merrick Garland on it on Tuesday. Hagerty does a good rundown of the issues, although I think he meant to say 19 (rather than 9) visits to the White House by Schwerin, and now, it’s actually at least 27 visits.

“Do you have any reason to dispute the evidence that indicates that President Biden was involved with and using money from Hunter Biden’s business deals?” Hagerty said, noting, “we have a text message from Hunter Biden to his daughter stating that don’t worry, unlike pop — meaning Joe Biden — I won’t make you give me half your salary.

“So it seems President Biden was serving as vice president and running US foreign policy at the same time that his son Hunter Biden was raking in money from shady foreign business deals. And this was money that was being diverted to benefit Vice President Biden.”

Garland refuses to respond, because he can’t talk about current investigations. So, are they looking into that connection to Joe Biden in the investigation? His response might lead you to believe that.