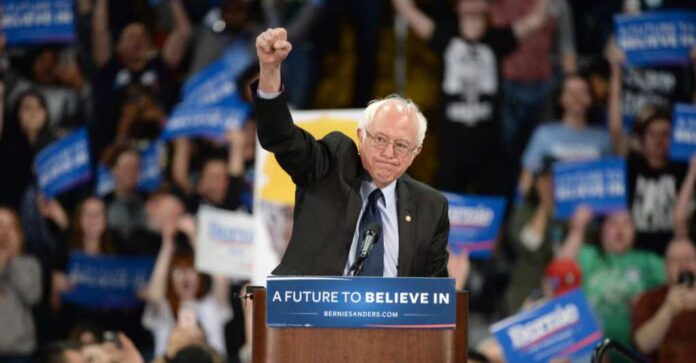 Bernie Sanders is a Democratic Socialist. He’s been trying to push progressive agendas on America for decades. And he’s been so convinced that he has what Americans want that he’s run for president twice – both with unsuccessful nominations.

But he believes that he may still have something special to offer. He’s already discussing the possibility of running in 2024.

Let’s get something straight. One of the reasons Biden is struggling is because of his age. At 78, he’s not mentally capable of handling the stress of the job. He’s 10 or more years older than most of the other world leaders – and other nations are laughing at the U.S. because of us choosing such an older person to run the country.

Bernie Sanders is currently 80. By the time he was to run and become inaugurated into the Oval Office, he’d be nearing 83. Is that really the kind of president that we want? Of course not.

A leaked memo to the Washington Post has shown that Bernie “has not ruled out another run for president.” Faiz Shakir is the reported author, who also serves not only as Sanders’ advisor but also as his 2020 campaign manager. If there’s anyone who would know about a move that Bernie would make, it’s Shakir.

The memo read, “In the event of an open 2024 Democratic presidential primary, Sen. Sanders has not ruled out another run for president, so we advise that you answer any questions about 2024 with that in mind.”

What’s funny about this is that the only one actually standing in the way of Sanders running is Joe Biden. There wouldn’t be an “open” presidential primary if the incumbent runs – but that’s if Joe Biden actually runs.

Even though Biden says he’s running, he says a lot of things. On most days, he’s not even sure if he is the president. He’s referred to Kamala Harris as president, Obama as president, and even his wife as president on various occasions.

The problem is that Biden is delusional enough to believe that he is the only one capable of beating Donald Trump in the event that Trump makes another play for the office. This is even as Biden has an approval rating in the low 30s.

For Sanders to join in on the Biden-Trump parade would be ridiculous. He tried it in 2020 and failed. And at this point, most Americans have heard enough from Democratic Socialists like Alexandria Ocasio-Cortez and Ilhan Omar to know that they don’t want anything to do with socialist agendas. It’s why the Democratic Party is in the trouble that they’re in – it’s a tug-of-war to pull the party to the extreme left.

When the cameras are rolling, Sanders acts as though he’s Biden’s biggest supporter. And, there’s been plenty of talk to try to push Biden to be more progressive. The memo served to remind people of this, too, saying “He traveled to Republican Congressional Districts last summer to promote Build Back Better. Unfortunately, that legislation was stopped by corporate Democrats.”

If Sanders wants to push the BBB agenda, too, he might as well give up now.

How can we be clearer to Bernie that we don’t want him as president? We didn’t even want Biden, yet here we are. Instead of running for president in 2024, he should be reminded of his age and retire, instead.