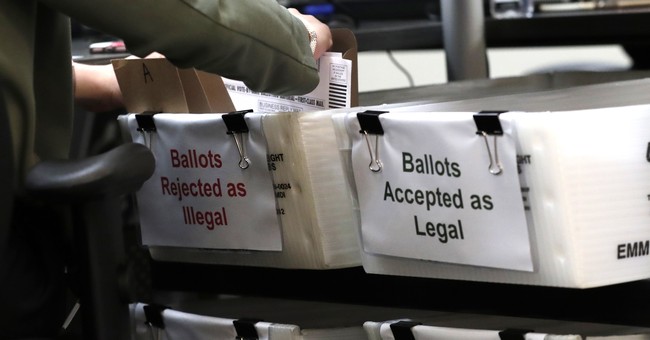 “A car pulls up at a drop box after midnight. A man gets out, looks around surreptitiously, approaches the box, stuffs in a handful of ballots and hightails it out of there. Then he goes to the next box, again and again.”

That sentence is from a piece by The New York Post’s Miranda Devine detailing the behavior of “mules” used during the 2020 election who allegedly “picked up ballots from election NGOs — such as Stacey Abrams’ outfit, ‘Fair Fight Action’ — and then carried them to different drop boxes, depositing between three to 10 ballots in each box before moving to the next.”

Dinesh D’Souza, in partnership with Salem Media and using research from True The Vote, has produced a documentary to be released May 7 exclusively through Locals subscription-based platform.

The trailer has created quite a buzz.

The questions surrounding what happened in the 2020 election, in which Joe Biden barely campaigned and was said to have won the most votes for President in the history of U.S. elections, have not abated, despite attempts from Democrat supporters to justify “fortifying” the election during the COVID pandemic.

Those so-called fortifications include a massive influx of private cash to districts courtesy of Facebook CEO Mark Zuckerberg via the Center for Tech and Civic Life — intended, it was reported, to help with election administration — and the near-ubiquitous use of dropboxes to collect absentee ballots, ostensibly used to keep people away from the polls on election day for their safety during COVID.

How those dropboxes were used is the subject of D’Souza’s film. True The Vote, as Devine explains, triangulated cellphone data they purchased and used the results to subsequently check surveillance video footage.

“The extent of the operation is jaw-dropping,” Devine writes.

True the Vote bought three trillion geo-location signals from cellphones that were near drop boxes and also near election nonprofits, from Oct. 1, 2020, through to the election on November 3. In Georgia the end date covered the Jan. 6, 2021, run-off.

For example, in the Atlanta-metro area they drew a line around 309 drop boxes and bought all the cellphone data of people that had been near those drop boxes and NGOs.

That narrowed the search to 2,000 mules.

Then they went looking for public surveillance camera footage of those drop boxes. In all they found 4 million minutes across the country.

The results are stunning. When a mule is matched with video, you can see the scheme come to life.

A car pulls up at a drop box after midnight. A man gets out, looks around surreptitiously, approaches the box, stuffs in a handful of ballots and hightails it out of there. Then he goes to the next box, again and again.

The data pattern is unmistakable, as D’Souza shows a spider web of routes taken by various mules between NGOs and drop boxes.

For each of the 2,000 mules the average number of drop box visits was 38, with an average five ballots deposited per visit. That’s 380,000 suspect votes.

In his film, D’Souza breaks down the numbers in an attempt to determine if they had could have affected Biden’s margins over Trump. In Georgia, for example, “250 mules averaged 24 drop box visits each, [that’s] 30,000 suspect votes, more than enough to overcome Biden’s 12,000 vote advantage. D’Souza moves Georgia’s 16 electoral votes into the Trump column.”

On Wednesday, April 21, the Biden DOJ sent letters to “election officials in Florida, Arizona, Texas and Ohio — all Republican-led states” specifically requesting information related to what they say are their “efforts to combat ‘lies and conspiracy theories’ that could damage the integrity of federal elections as part of a broader investigation into the ‘weaponization of misinformation and disinformation’ in the electoral process.”

It’s probably not a coincidence those letters were sent a mere two weeks before D’Souza releases his film.