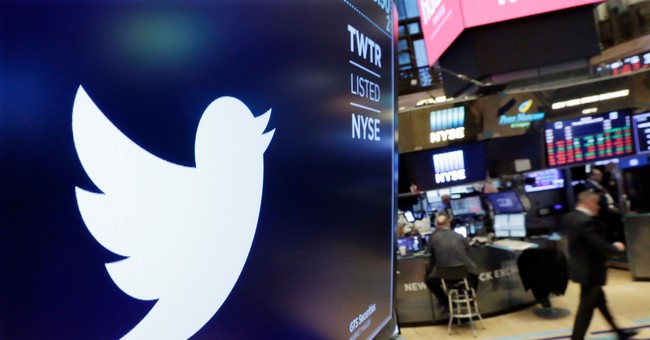 It’s as if someone simply flipped a giant magical switch, and everything instantly changed. That’s what’s seemingly happened over at Twitter in the last 24 hours since Elon Musk bought the company.

One such change is that conservatives on the social media platform are reporting a massive surge of followers in the last 24 hours.

Meanwhile, liberals are crying that they’re shedding followers. Maybe it’s because someone over at “The Bird” is nuking ‘bot accounts?

Several prominent accounts including Tucker Carlson’s are back in business. Carlson had been suspended for defending the Babylon Bee, and he refused to take down a post agreeing with the satirical site that transgender Dr. Rachel Levine, U.S. Assistant Secretary for Health, was in fact a man. That tweet is no longer on his timeline, according to the NY Post, so it would appear he did delete it.

There have been conflicting reports on whether the Babylon Bee has been allowed to tweet again. Their Twitter page is accessible, but there have been no new posts since March 20.

Fox News contributor and radio host Mark Levin had been boycotting the platform for the last year, but announced his decision to re-engage Monday, posting “Thanks to new ownership, I’ve decided to come back!”

Truckers for Freedom is also making a comeback and seeing a boost in followers.

Former President Donald Trump is not one of those returning, however, at least for now. As I wrote Monday I’m not buying that, though, and bet he just can’t stay away. My RedState colleague Mike Miller agreed, and as he points out, so do many others.

Why are so many accounts seeing these large increases in followers? It could be because of something called a “shadow ban,” which many users claim that Twitter, Facebook, Instagram, and others employ. Twitter claims that the site does not engage in the practice, but nobody believes them. Social media planning website SocialPlanner describes it this way:

A shadowban is when a social media user is blocked on a platform but does not notice he or she is banned.

In other words, it’s all very murky and the algorithms are all secret, but if some little Twitter nerd doesn’t like your content, they can secretly “throttle” your visibility. One way to do this is to ensure that your tweets don’t “trend,” don’t show up in searches, etc. It’s almost more insidious than an outright cancellation because the account holder often isn’t even aware it’s happening. Now that these and other algorithms have apparently changed overnight, posters are seeing dramatic changes to their engagement levels.

For the time being, it’s mostly conservatives celebrating the new Musk era, while libs are crying in their milk that free speech might be making a return on the platform.

One thing is clear: The Musk purchase of Twitter is a game-changer, but I think few if any saw such dramatic change occurring literally overnight.