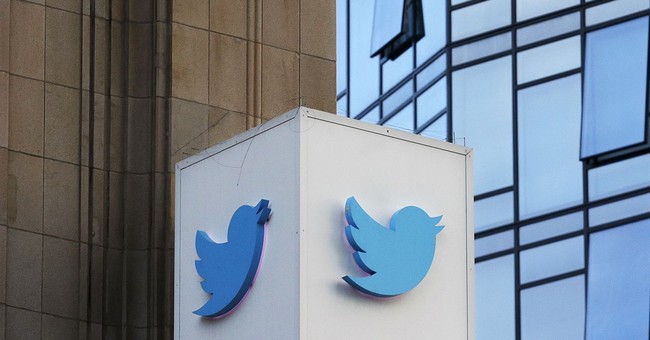 When you only see one side to blame, you miss the complete problem.

The collective response seen today at the announcement of Elon Musk completing his purchase of Twitter is deeply revealing. Voices from inside the company are wailing about the prospective atmosphere under Musk, and many in the journalism sphere are anticipating the platform turning into a social hellscape. Aaron Rupar (journalist) managed to typify both responses in a succinct tweet.

Since the time Elon announced he was contemplating the purchase, the media has been in overdrive mode espousing the dangers of such a transaction. Elon’s desire was to free up the shackles placed on so many accounts on the platform, and it was promised this was a huge mistake. With no lack of hyperbole, we heard numerous thinkers explaining that giving people more of a voice was a direct threat to our democracy.

Let’s pause on this sentiment for a moment. They saw it as a threat to the Constitution if people had more access to the First Amendment.

The stunted mindset leading to this emotional idiocy is being exposed today by all the serious approaches seen in the press ecosystem. The analysis is tipping off what the central problem is with all the anxious commentary – the press is falling victim to their own myopia. They only see a problem coming from one side of the socio-political spectrum.

We see one sign of this in a few of the contemplative pieces coming out, attempting to forecast what Twitter will look like under Musk. One common concern shared by many is the potential of Musk allowing the presidential pariah to return. The New York Times brought it up as The Trump question. This concern was echoed in The Washington Post; Musk has not said whether he would change the permanent ban on former president Donald Trump.

Of course, this is where the minds in the press will go, after they jubilantly lobbied for Trump to be removed following the January 6 riot. This fretful inquiry overlooks that Trump actually has followed through with the command frequently heard from leftists on Twitter when the issue of silencing voices came up; in response to If you don’t like the rules go build your own platform, Trump has done just that. Yes, Truth Social has been a stumbling entity, but if Trump is building his own social network it would not serve him to return.

But this is a sign of their intent focus leading them to avoid other deeper concerns. If Trump needed banishment over potential inciteful content why is there no outrage that The Ayatollah in Iran is currently active on the platform? I believe it is safe to say a greater threat to human rights might derive from the account of the spokesman for The Taliban than Donald’s mean tweets.

We can see another feature of this solitary focus, coming this time from Poynter. Writing there, Tom Jones attempts to look into the future and see what might happen, but he, too, alludes to negativity possibly arriving. It comes, not too curiously, from only one side.

Social media observers rubbed their temples and raised their brows, dreading the thought of Musk taking over. Meanwhile, far-right types cheered on Musk to buy the company and dismantle it and build it back to a place where they could spread their politics, even those that dipped into conspiracy theories and propaganda, under the banner of “free speech.”

Nowhere in the think piece is there mention, let alone concern, over what far-left types might engage in with Elon’s egalitarian Twitterverse. Somehow, the threat only is poised on one side. Jones lends another example of a lack of analysis when he measures prior comments from Musk. When asked about what his approach to moderation might be Elon offered a number of possibilities, ultimately saying: “I’m not saying I have all the answers here.”

Upon seeing this quote, Jones says, “That’s the scary part: He needs to have all the answers now that he is taking over Twitter.” This is preferable from Musk, sure, but to make this comment carries the implication that Twitter management currently has all the answers. Anyone spending time on the platform knows this is a farce of a premise.

Brian Stelter just recently conveyed the confounding nature of things, as he was among those mourning the arrival of Musk. As he laid out the premise of Twitter developing into a site on par with being “in the gutter” at the same time a Mid-East journalist was tweeting his desire for Hitler to return and eradicate the Jews. He was permitted to merely delete the tweet, remaining an active account. I suppose the message is that only journalists are permitted to occupy the gutter.

It is that dysfunction to which many have become accustomed. For years, the site has been beset by targeted enforcement. We have watched as users get bounced off for innocuous comments while blatant violations of terms of service sometimes go ignored when the approved individuals commit them. Blue check accounts frequently are seen doing things in violation of the guidelines of verification, with no accountability.

The dysfunction experienced by Twitter management has been ongoing for years, even during times with new management. The worst thing that could possibly happen under Musk is that nothing changes.