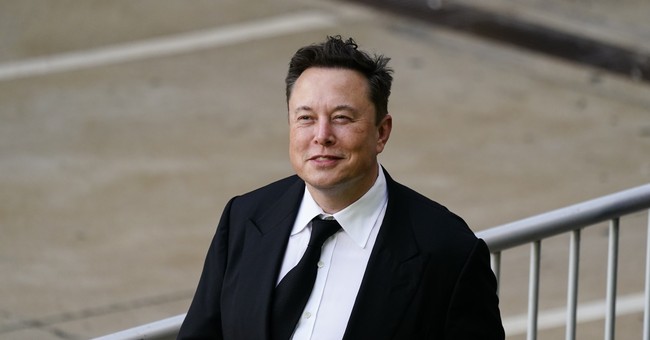 I guess the lesson here is to never doubt a multi-billionaire who invented the ability for rockets to land themselves and be reused.

In a stunning move that has now been confirmed by multiple sources, Elon Musk is apparently closing in on a deal to buy Twitter. On Sunday evening, RedState reported that his offer was being reconsidered. Now, per The New York Times, things have progressed to the point where they are “nearing” a deal.

Twitter is nearing a deal to sell itself to Elon Musk, two people with knowledge of the situation said, a move that would unite the world’s richest man with the influential social networking service.

Twitter’s board was negotiating with Mr. Musk into the early hours of Monday over his unsolicited bid to buy the company, after he began lining up $46.5 billion in financing for the offer last week, said the people, who spoke on the condition of anonymity because they were not authorized to discuss confidential information. The two sides were discussing details including a timeline to close any potential deal and any fees that would be paid if an agreement were signed and then fell apart, they said.

Just a few hours after the Times, Bloomberg and Reuters began reporting that a deal is imminent.

JUST IN – Twitter said the platform is on track to reach deal with Elon Musk as soon as today, Bloomberg reports.

This is certainly a reversal from where most thought things stood just a few days ago. It was assumed that the board, which has publicly shown itself to be anti-Musk, had successfully fended him off by executing a poison pill strategy regarding shares.

So what changed? My speculation is that Twitter realized they were opening themselves up to massive legal liability by outright refusing Musk’s extremely generous offer. Shareholders would have likely had the right to sue for breach of fiduciary duty. Musk himself may have had cause as well, given he was the company’s largest shareholder until the board began its machinations. Further, the board was putting itself in danger of a shareholder revolt given its clearly political maneuvering. Those jobs are lucrative, and it’d be better for the board members to cash out now than to be booted internally.

To be put a slight damper on things, though, just because they are nearing a deal doesn’t mean it’s for certain. I do think Musk has shown himself to be determined enough that it will eventually happen, a shift from what I originally thought when he first made his offer, but I want to see the ink dry before I start having too much fun with this.

Still, it’s hilarious to see the reactions coming to Musk’s possible acquisition of the social media giant. Leftwing accounts big and small are pledging to leave the platform because of the grave threat of there possibly being less censorship of mainstream political opinions. I add that qualifier because contrary to the hysterical proclamations, I do think Musk will keep a base-level TOS in place regarding speech on the platform. The difference will be that it will be applied equally.

As it stands, leftwing accounts can spread disinformation, harass people, and dox people without any repercussions while saying a man can’t be a woman gets you banned. That’s going to change if Musk takes over. Regardless, all these leftwing accounts virtue signaling about how they will leave are full of it. They are not going to walk away from the only real influence they have. It’s as empty of a threat as the right-wing accounts that threatened to do so after the Hunter Biden censorship. There is nothing to be gained by voluntarily giving up ground that is valuable to fight on.

Regardless, you can expect the takes to be hot and hilarious going forward. Political armageddon approaches. Grab your popcorn.