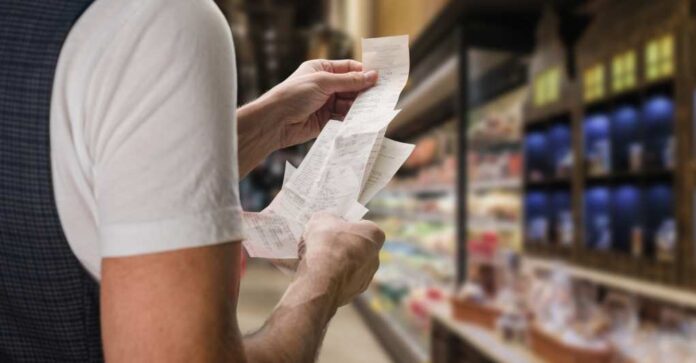 To date, one of the biggest criticisms against the Biden White House is that they seem to have no real plan either in place or in progress to combat the growing inflation that’s wrecking our economy. Well, that’s not entirely true. If it can be called that, their plan is to quite simply flood the nation with more money after borrowing far more than we can afford.

Naturally, as Republicans warned way back in 2020 when the bottom first began to drop out of the market, the plan isn’t working. In fact, it has pretty much been proven at this point that it is only making things worse – much worse.

As CNBC reported in March, the consumer price index has risen to a whopping 8.5 percent. This is the highest we’ve seen since December 1981, over 40 years ago.

Of course, the left-leaning party isn’t willing to admit as much. So, they continue to blame just about everyone else on the planet but themselves.

First, there was COVID, then the still ongoing supply chain crisis. And when Russia invaded Ukraine, Putin was pinned for why our economy isn’t doing too well. Oil and gas companies charging too much have also been blamed by the Democrats, despite the fact that they have been one of the hardest hit by rising prices in the past months.

But now, another excuse has turned up. Well, to be fair, it’s not really a new idea.

That’s right, the Democrats have turned to blame the GOP as usual – because when all else fails, let’s blame the other party…

Now, to be clear, they can’t really blame the GOP for something they have absolutely no control over. I mean, it’s been the Democrats and not the Republicans who have been in charge of the White House, the House of Representatives, and the Senate for nearly two years.

But that doesn’t mean they can’t try to say that they are doing better than them.

The party quite literally tweeted out last week, “Republicans still have no plan to fight inflation.”

It’s an extension of something the party’s mouthpiece, White House Press Secretary Jen Psaki, said in November. She claimed that Biden was “using every weapon in his arsenal to fight inflation” and then asked, “What are the Republicans putting forward?”

According to her, they are “screaming” and “tweeting” about it but “have absolutely no plan.”

Of course, this is the same woman who claims that her boss is addressing the pandemic, taking care of inflation, and keeping the supply chain moving, despite all evidence to the contrary.

Remember that $1.9 trillion American Rescue Plan they just had to have? You know, the one that had so little to do with actually addressing COVID or its effects on the economy and the American population? According to both USA Facts and the Federal Reserve, most of that enormous amount of cash was simply printed, inflating the US dollar even more. In addition, it, of course, also nearly doubled our already massive national debt. Prior to the pandemic, the Feds had borrowed some $3.5 trillion. Now, we owe about $6.1 trillion at the end of 2021.

We would have owed more if Biden had been able to get his $1.9 trillion Build Back Better plan pushed through. And inflation would have been much higher. Thanks to Republicans and a few right-minded Democrats, that didn’t happen.

Republicans also planned to keep Trump’s pro-energy policy in place that made the US the top oil producer in the world in 2018, for the first time since 1973. Thanks to Biden, we are now forced to rely on just about everyone but ourselves and make a whopping 1 million fewer barrels per day than before Trump’s policies were canceled.

Unfortunately, Republicans couldn’t stop Biden from signing executive orders that essentially undid all of those as well as the pro-economy tax policies Trump had made in the years prior, try as they might.

If you haven’t caught on, the plan was to basically do everything the Democrats aren’t. So yes, they had and still have a plan. It’s just not what the Democrats want, so they aren’t willing to accept it.