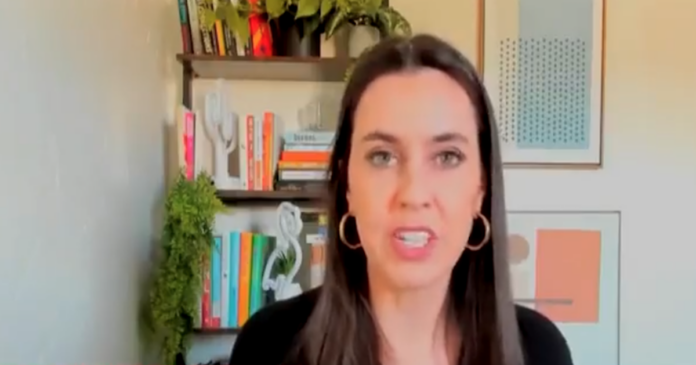 I haven’t previously written Taylor Lorenz’s doxxing of Libs of TikTok, the popular Twitter account that simply reposts videos from wild-eyed leftists talking about grooming children and the like. That’s not for any particular reason except that other RedState writers covered it thoroughly, but her appearance on CNN on Sunday morning offers the perfect chance to share my thoughts.

While speaking with Brian Stelter, Lorenz managed to make her actions even worse, pointedly lying about what she did, and then suggesting Libs of TikTok (I’m not going to use her real name) could have been a foreign agent.

It’s not shocking that Lorenz would lie about something so easy to fact-check, but that doesn’t make it any less gross. While this middle-aged, clearly unhappy woman claims that the Post did not reveal any personal information about Libs of TikTok, they actually linked to her real estate license, which included a physical address. Further, they broadcast that she’s an Orthodox Jew — a detail included by the Post that there is no justification for. Were they trying to get her targeted for her religion?

Later, after realizing the pushback they were getting, the Post removed the link, but that doesn’t mean Lorenz and her employer now get to pretend it never happened. Not to mention, revealing Libs of TikTok’s name is, and stick with me here, personal information.

Lorenz also brought out one of the most common leftwing smears, which is to suggest that Libs of TikTok could be or could have been a foreign agent.

This type of nonsense is driven by the left’s hysteria over “foreign interference,” which is really just code for “people saying things I don’t like.” That’s where the last half-decade of Russian collusion conspiracies originated from. Yet, if that was Lorenz’s concern, why didn’t punt on the article once she found out Libs of TikTok isn’t a foreign agent? That would make sense, right?

But, we know the reason: Because that was not actually a concern. The reason Lorenz did what she did is that she’s a leftwing hack who actively seeks to destroy the lives of her political opponents. It would not have mattered if Libs of TikTok was actually a nun from Nebraska; the hit job was ordered, and it was going to happen regardless. Ironically, according to Christina Pushaw, the person who doxxed Libs of TikTok was an agent of the German government. So, while she pretends to be concerned about foreign agents, Lorenz relied on one for her garbage article.

The accusation that Libs of TikTok is an “LGBT hate account” was also repeated.

That’s also not true. Rather, what Libs of TikTok posts are crazy people being crazy. Sometimes she even posts dangerous people being dangerous, like the video of a woman advertising a “sexy summer camp” for children. Lorenz described that video as “sex education” in her write-up, in order to abscond from the fact that Libs of TikTok was giving exposure to something incredibly disturbing.

What this really comes down to is Lorenz being embarrassed by her own side. Thus, she’d rather see Libs of TikTok censored than have to deal with the fact that there are a lot of LGBT activists who are genuinely nuts. Remember, we are talking about videos that were put on TikTok for all to see. Libs of TikTok is not doxxing anyone or secretly exposing anything by reposting them. She’s just shining a light on the insanity.

I’ll end with a final thought: These news outlets deserve your scorn. They treat normal Americans like trash, while simultaneously complaining of harassment anytime someone pushes back. Lorenz is the worst of the worst when it comes to operating that way. That she’d go on CNN and blatantly lie about what she did while continuing to smear Libs of TikTok is more evidence of why the mainstream media has no credibility. Further, it’s just cowardly.