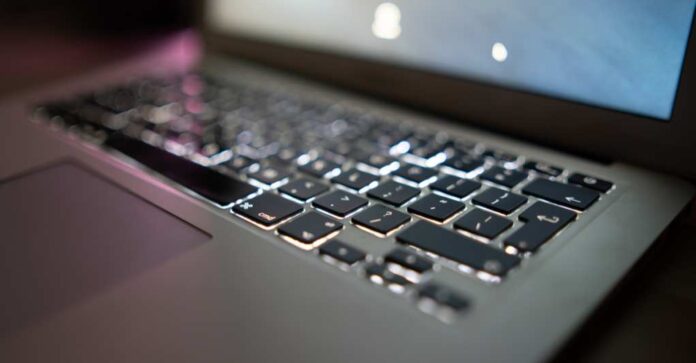 The Hunter Biden laptop has been creating all sorts of juicy news over the past year. The laptop was left at a computer store because the president’s son was high as a kite and forgot where he dropped it off.

Now, the laptop is in the hands of the FBI – and the amount of information being pulled off of it is keeping us entertained. We’ve learned about emails, photos, and texts. We’ve heard about how some of the emails may incriminate both Hunter and Joe Biden.

It’s not the least bit surprising that the GOP wants the entire contents of the laptop uploaded into the congressional record. After all, what the president’s son does has a reflection on the president – especially when the son has been known to have shady deals in China and elsewhere around the globe.

Representative Matt Gaetz (R-FL) has moved for the laptop to be placed into a searchable format during a March 29 House Judiciary Committee meeting.

This is definitely a case of “they doth protest too much.”

If the Democrats truly felt as though Hunter and his dad were innocent, they would happily upload the contents of the laptop/

Committee Chairman Representative Jerry Nadler (D-NY) had initially planned to object to Gaetz’s request. Instead, he allowed the laptop to be entered.

There’s just one problem now – the Democrats are refusing to do so. According to Nadler’s staffers, there are some technological limitations.

A Republican staffer from Gaetz’s office told the Daily Caller, “Democrats in the majority used multiple excuses to avoid handling the Hunter Biden laptop in any fashion other than accepting the hard drive via hand delivery.”

The Democrats are obstructing justice and preventing the American people from being able to see what’s on the laptop in a public record.

Gaetz’s office has had to use its own resources to print hard copies of the documents so that they can be uploaded into the record. It’s the only recourse since House rules require the committee staff to upload the entries. Only, Nadler’s staff has refused to do so. As the one Republican staffer reported, “What will happen if they continue to obstruct official business of Congress?”

That’s a great question. If this were a Republican refusing to upload, the Democrats would hold each and every person involved in the process in contempt. Yet, the Democrats are acting like their typical hypocritical selves, thinking that the law cannot touch them.

There’s more and more talk of the investigation heating up. Hunter Biden may be in a world of trouble – and his dad sitting in the Oval Office may not be able to get him out of it all.

One of the reasons why Joe Biden may not be able to help is because Joe may be in the same trouble. There’s one email that supposedly details a business deal between the Biden family and a Chinese company. An equity split is even mentioned in one email that says, “20 for H and 10 held by H for the big guy?”

It’s not hard to assume that H is Hunter and the “big guy” would be Joe Biden. Tony Bobulinski, a recipient of one of the emails, has even done a tell-all to help uncover some of the truth in an effort to clear his own name.