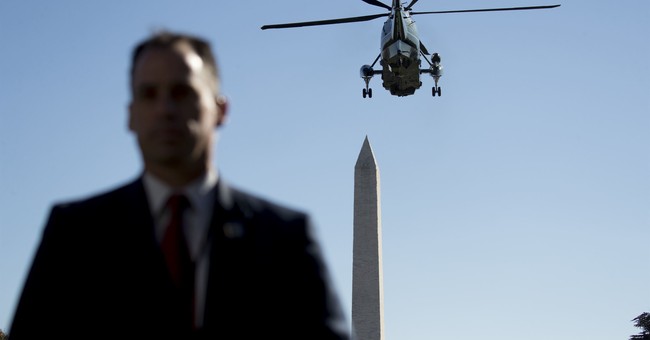 Joe Biden has spent a lot of his time in office at his home in Wilmington, Delaware, or his beach house in Rehoboth Beach. He’s spent about one-quarter of his first year in office in Delaware.

The New York Post reports that it requested one year of the visitor log records but the Secret Service is denying that there are any records. Secret Service Freedom of Information Act (FOIA) officer Kevin Tyrrell claimed that “[t]he Secret Service FOIA Office searched all Program Offices that were likely to contain potentially responsive records, and no records were located.”

Now, that’s just a lie, because the Secret Service has to check out anyone who gets close to Biden. Are they saying that they’re not doing the jobs that they’re sworn to do? Or that they’re just destroying any records and checks they’re making of people?

Tom Fitton, president of the conservative watchdog group Judicial Watch, which also has sued for presidential visitor logs, accused the Secret Service of playing a “shell game” — potentially claiming that the Delaware logs belong to the White House rather than the protective agency.

“Obviously the Secret Service knows and tracks who is visiting President Biden at his homes in Delaware and they are playing a shell game with the public to keep that information secret,” Fitton said.

So, why are they lying and who is visiting? Since they’re not willing to tell us and they’re willing even to lie to us, we have to suppose something is going on here that they want to hide.

Now, given the situation with the two people who had possible connections to Iran and/or Pakistan trying to infiltrate the Secret Service ,and get close to agents or officers in the White House and the protective details of Jill and Joe Biden, it may be more important than ever to have transparency as to who is getting next to Joe Biden. Because there was already a big failure there, to even allow that infiltration to happen.

White House Press Secretary Jen Psaki has been pressed on the issue in the past last year, and she just blew everyone off, saying Biden wasn’t going to release such information.

“Well, the president goes to Delaware because it’s his home. It’s also where his son and his former wife are buried. And it’s a place that is obviously close to his heart,” Psaki said at a January press briefing. “A lot of presidents go visit their home when they are president. We also have gone a step further than the prior administration in many administrations in releasing visitor logs of people who visit the White House and will continue to do that.”

What’s annoying here is that they take us for fools. Not only trying to put one over on us but then, being such liars about it all and that we don’t have the right to know, even given all the questions about Joe Biden. It’s our money — we’re paying for the Secret Service protection — they owe us the duty not to so blatantly lie to us.