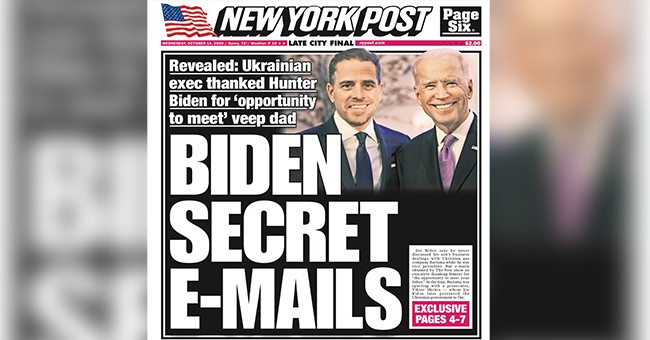 In the month or so since the New York Times finally confirmed that the Hunter Biden laptop story was legitimate, networks have devoted a whopping total of 52 seconds to cover it, according to MRC/Newsbusters. The laptop story is real, and it is important, and this network news blackout is a dereliction of duty.

Let’s go back to October 2020, when the New York Post dropped the laptop bombshell. Of course it was quickly censored by Twitter.

Most of the major media outlets also quickly dismissed the computer and its contents as “Russian disinformation,” and a letter signed by 50 members of the intelligence community came to a similar conclusion (although a close reading shows they hedged their bets by admitting they could not prove the assertion; they just were “deeply suspicious”).

The laptop story debuted less than three weeks before the 2020 presidential election, and many experts now admit that the censoring may have affected the outcome. The laptop contained pornography, details of business dealings now under investigation by the Justice Department, and who knows what else. The NY Post’s Miranda Devine wrote an excellent (but hard-to-stomach) book about it called “Laptop From Hell.”

Mainstream media continued to be conspicuously silent, even after the book’s publication. Everything changed, though, when the New York Times on March 17, 2022–18 months after the fact–finally admitted that they had authenticated the laptop, and that indeed it was Hunter’s.

The floodgates were suddenly thrown open; stories about the laptop started appearing in all sorts of places that had completely ignored it until then.

But not the broadcast TV networks. Nope, they had other things to talk about, as the MRC study shows. With a combined nightly CBS-ABC-NBC viewership of up to 23 million people (stats are from a week in December 2020), that’s an awful lot of folks who will never be told the story.

What the coverage blackout amounts to is censorship, although it’s not as obvious as Twitter bans and Facebook deplatforms. By not covering a valid story, they’re keeping their audience in the dark, and depriving them of real news that affects their lives. The fact that the network news channels are still doing it is yet another stain on the already discredited mainstream media.