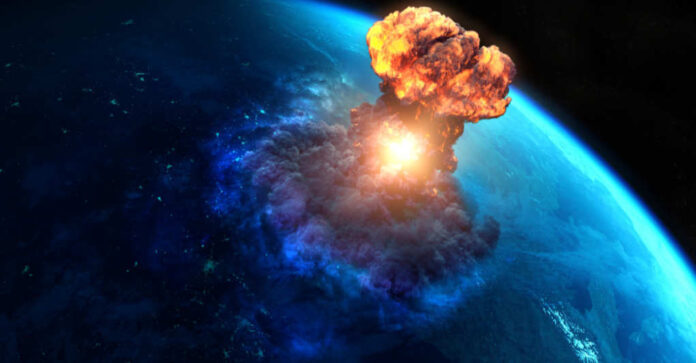 The big question on the world’s mind is “Will Russian President Vladimir Putin use nuclear weapons in response to the war in Ukraine and Western sanctions against his country?”

According to Russian foreign minister Andrei Kozyrev, Putin will only consider a nuclear strike if he feels an “existential threat” to his country or regime.

Kozyrev said that these weapons could be used but only in “very, very specific situations.” He said, “If Russia or one of those countries really threatened in their hearts – existentially, that is … if NATO troops come to Moscow, then probably they will resort to nuclear weapons. But there is no existential threat to Russia under the present circumstances.”

Russia seems to have recently changed the strategic plan for the war in Ukraine after failing to take Kyiv. They spend a month taking over the region in northern Ukraine but did not succeed. Now, after saying that they finished their phase one goal, they seem to be focusing on securing the Donbas region. Some experts have called this a “consolation prize” for their sacrifice.

Brent Sadler, a Heritage Foundation Senior Fellow, has a different idea about Putin’s willingness to use a nuclear weapon. He believes that if Russia faces an “overwhelming military defeat” in Donbas, Putin could very well pull the trigger.

“That might be the case where a tactical nuclear weapon might be considered to demonstrate resolve and basically reverse any trends going on in the Russian military. I don’t see them using city killers, because that would definitely usher in World War III, and the assumption is if he does that he’s attacking NATO,” Sadler said.

Putin continues to issue threats of a nuclear attack. He reiterated this after both Finland and Sweden indicated that they may seek membership in NATO in June at their next meeting in Madrid. Ukrainian President Volodymyr Zelenskyy has kept saying that every country should be very concerned about Putin using nuclear weapons.

Kozyrev is trying to quell any fears about Putin being trigger-happy when it comes to a nuclear strike. He maintains that the threats are “barking” with “no way to bite” from the Russian leader. He also said that Russia’s military commanders will do whatever is necessary to avoid the use of nuclear weapons. And he stressed that as long as Putin can maintain his position of power, he won’t do anything that might threaten it.

Sadler does believe that it is a “real bad tendency” in the West to project their thinking and even logic onto Putin. He said that Putin could very well make unanticipated calculations that are not in line with a Western perspective.

Frederick Kagan, Director of the Critical Threats Project at the American Enterprise Institute, went even further down this road. He said that Putin is operating in a “bounded rationality.” He said that Putin has “in-universe explanations for what he’s doing.”

Kagan relates what is happening now to the framework that existed during the Cold War. Officials then were more aware of how the Kremlin operated on a different track logically than the West. He said that officials should know Putin is not making decisions that are “rational in the real world.”

So does anyone really know what Putin is capable of and what the parameters for his decision might be? The Russian president is increasingly isolated, so getting the right answer is getting even more difficult. Bordering countries that choose to enter into NATO will surely cause Putin to respond. Let’s just hope that his reaction doesn’t involve pulling the nuclear trigger.