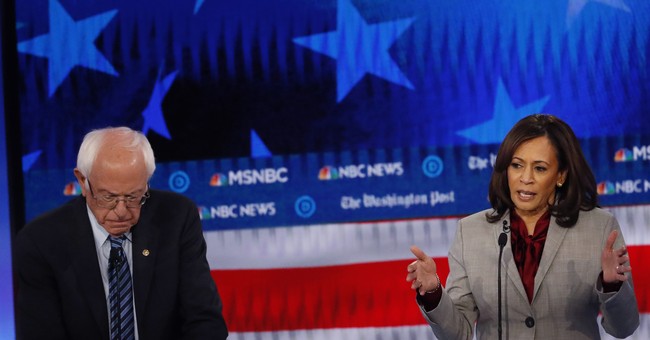 Long before Joe Biden became the Democratic nominee for President, questions were being raised – even by other Dems and their media allies – about his mental acuity. This was thanks in large part to repeated instances of him appearing confused and disoriented while on the campaign trail, and later when his handlers hatched the Basement Hideout Plan to try and contain Biden as much as possible after the start of the Wuhan virus outbreak in 2020.

Those questions have only continued since he was sworn into office, most often after troubling incidents like the bizarre behavior demonstrated by Biden at certain points during the White House Easter Egg roll on Monday are caught on tape and go viral on social media.

It’s even gotten so bad for Biden that even some polls show a majority of voters have questions about his mental fitness to lead the country. When asked about it at the time, Jill Biden scoffed, calling it “ridiculous.”

In addition to that, the Biden apologists in the MSM are now actually gaming out 2024 presidential contender scenarios on the Democrat side all based on the rumors that Biden, who will be 80 in November, either will step down at the end of his term or will be rejected by Democratic voters the second time around considering his approval ratings continue to fall and in the process drag House and Senate Democrats with him.

With all of that in mind, we turn to fresh reporting from the Washington Post about how Sen. Bernie Sanders (I-Vt.) has made it known privately that he’s considering a run for president in 2024 in the event that Biden decides to bow out:

“In the event of an open 2024 Democratic presidential primary, Sen. Sanders has not ruled out another run for president, so we advise that you answer any questions about 2024 with that in mind,” says the [campaign] memo from Faiz Shakir, a close Sanders adviser who was his campaign manager when he ran in 2020.

Lest anyone wonder about the authenticity of the memo, a spokesman from Sanders’ Senate office seemed to confirm it in a statement:

“While it’s frustrating this private memo leaked to the media, the central fact remains true, which is that Senator Sanders is the most popular officeholder in the country,” said Sanders spokesman Mike Casca, when asked for comment. Casca and the memo based that assertion on a recent poll.

Per a recent report, Biden signaled to his former boss/ex-President Barack Obama that he had full intentions of running for reelection in 2024, but speculation is running rampant that Biden may be holding out on an official announcement as to his future plans until he knows what former President Donald Trump will do. Democrats and Biden himself reportedly believe he is the only one who would be able to beat Trump in a possible 2024 rematch.

All of that said, Republicans have got to be salivating (and who could blame them?) over a scenario involving a Biden retirement where he passes the torch to Vice President Harris, who is just as unpopular as he is at this point in their White House tenures. Then enter Sanders onto the scene, who actually has a pretty convincing case that Democrats stole the 2016 nomination from him due to Queen Hillary considerations, and then in 2020 was more or less abandoned after Democrats began to fret that his nomination would ensure Trump would get reelected.

So if Biden does retire, and Sanders throws his hat in the ring to challenge Kamala, expect the admitted socialist to be loaded for bear because he’s got a lot of grievances to air with his party. Also, his supporters are some of the most rabidly faithful and vindictive people you will ever come across, so they will support him every step of the way. That includes former Democratic candidate Tulsi Gabbard, a longtime Sanders supporter who is shall we say not exactly fond of Harris.

Meanwhile, Kamala will try and paint herself as the “sane” alternative to Sanders, who with his support for socialism would indeed be a disastrous choice for Democrats going into the general election season considering they’ve blamed such labels for election losses in recent years.

Assuming Harris could make it past Sanders and the other potential contenders after all the infighting, that will leave her politically bruised with the hurt feelings on the Sanders side potentially further complicating her already uphill battle to ascend to the Oval Office throne considering her own dismal track record will follow her everywhere she goes.

There are a lot of what if’s and hypotheticals and “will he or won’t he” parts to all of this, to be sure, but one thing for certain is that you should stock up on the popcorn ahead of 2023 as things could get reeaaaally interesting about 10 months from now.