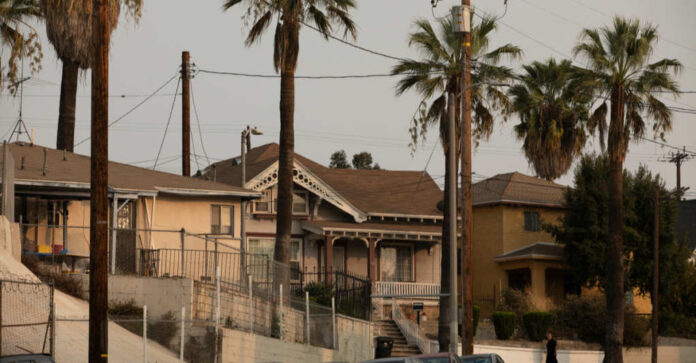 The Democrats have created an environment in California that is favorable for criminal activity. The push to defund police and limit what law enforcement can do has allowed wealthy residents to be robbed after being stalked by thieves. The parties responsible are the gangs that have made a roaring comeback ever since Joe Biden stepped into office.

Seventeen different gangs in Los Angeles alone are involved in robbing the rich. Each gang has its people that they send out to identify their following targets. Once the target is acquired, the gangs follow them home, take what they want from the people, and leave them helplessly victimized. The police are aware of the problem but cannot do much now that the Democrats are in control.

The gangs are ripping off anything of value. They target bags, watches, and any other item that can be taken to the black market and sold for a profit. People that buy off the black market will not ask questions about where the item came from. They will hand over the cash and leave it undetected with stolen property.

Law enforcement officers are doing what they can to identify the people involved. Jonathan Tippet is the LAPD Captain leading the effort to stop the crime wave. He has found that most of the gangs involved in the crime wave are located in South L.A. the gangs are not working together for a common purpose. They are robbing independently and selling their stolen loot to the highest paying customer in the back streets of L.A.

The gangs were responsible for 165 robberies in 2021 alone. So far in 2022, they have hit 56 people and have no intentions of stopping. The gangs involved are some of the most violent found on the streets of Los Angeles.

Police investigations have shown that the Bloods and Crips are fully involved in robbing people in their garages and driveways. Each robbery is carefully orchestrated, with up to three to five cars involved. These cars follow the person home, and then they swarm their victims with force and threats. Each victim is surprised, so they do not have time to react or call the police.

A few of the gang members have been identified and arrested. But each one of them has pleaded not guilty and will have to wait to stand trial.

Tippet said that “There’s no chance or opportunity for these victims even to comply. They’re just running up to people and attacking them, whether that’s putting a gun in their face or punching them and beating on them. Pistol whipping them as well.”

Some of the robberies have turned deadly, and others have been shot while being robbed. The gangs know how to attack their targets. They carefully station their spotters around the area, and when the selected targets are spotted, they alert all their other gang members to start the hunt.

The Police Commission President is William Briggs. He noted that “This revolving-door criminal justice system that we have right now clearly is not working and is endangering the citizens of Los Angeles and is creating a public safety crisis. We need to find a solution.”

The gang members are acting like pack hunters. They resemble a pack of wolves looking for their next meal. The leading wave of attackers scouts out their victims and alerts the others when the target has reached an excellent location to take them down.

Joe Biden wants to create the type of America that is unfolding in California. It will be a place where the black market is commonplace to buy items not sold in stores.

Tippet and his police force are cracking down as much as they can. He has already warned the public that when he is down with dealing with the gangs, he will come for the black market purchasers encouraging gang members to rob people by creating a demand for merchandise in the back streets of the city.