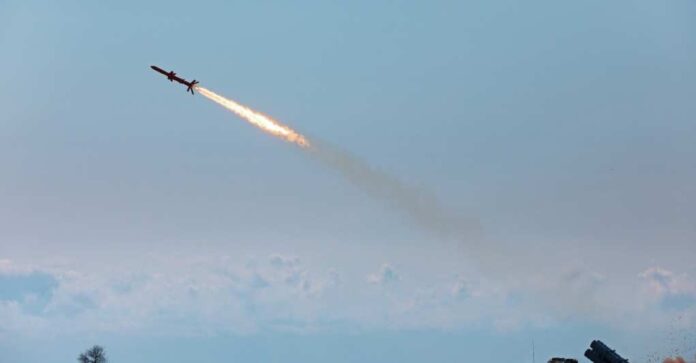 The Ukrainian military is doing a great job fighting back against a much larger and more powerful invader. Russian soldiers have relentlessly attacked people and destroyed civilian structures without thinking of the lives they were changing forever. Vladimir Putin may think he is winning the war, but the facts show that he is very close to losing the war.

The ship in question was Putin’s flagship. It was supposed to represent the best on the Black Sea. RedState reported in a Forbes article that “Think of Moskva as a 12,500-ton, 612-foot mobile missile battery with nearly 500 people aboard. She packs enough anti-ship missiles to wipe out the entire Ukrainian navy and enough air-defense missiles to swat away any conceivable aerial attack on the Black Sea Fleet’s amphibious flotilla.”

The evacuation of the ship means several things. It means that the ship can no longer be used because of the extent of the damage. The warship is now a box full of explosives and possess a danger to anyone who tries to board the ship. A few reports coming out of the war zone is that the ship has finally gone down and is now at the bottom of the Black Sea.

Putin put all of his eggs in one basket, and now it sits at the bottom of the sea. His pride and joy that was to be used to murder people in cold blood are now off the table. The humiliating blow to his ego and pride is his just reward for starting the war.

The way that the ship was attacked was brilliant. At the right moment, the missiles were fired, and the impact was confirmed moments later. The Ukrainian military used a plan to distract attention from where the actual attack was to come from. The Russian leaders failed to grasp the entire situation, which only shows that they are not as well trained as they claim to be.

The ship was hit by two Neptune missiles, which shows that the Russian fleet is not as well built as people would like to believe it is. The fact that it was able to be hit and sunk shows how bad its design and crew were at the time of the attack.

RedState reported that “The politics of the sinking of the Moskva will be seismic. The Moskva is the ship that called upon Ukrainian troops on Snake Island to surrender during the early days of the war and received the memorable response ‘Russian warship…go f*** yourself’ and had a Ukrainian postage stamp designed in honor of the event.”

The Russian military and Putin were taught a valuable lesson with the shrinking of the ship. They were told that Ukraine was not just going to sit back and let the Russians take over. Putin will have to go all the way to the end or pack up and leave. The war is not going to be easy for Putin.