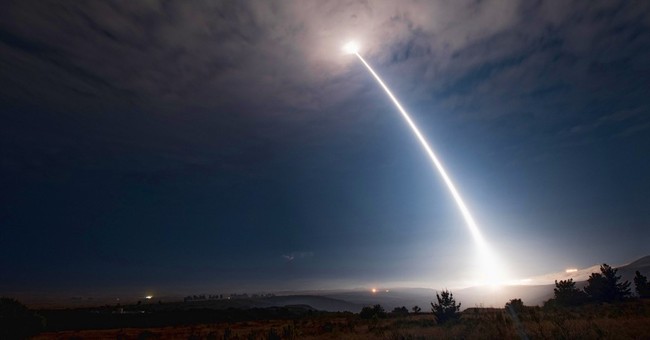 The Russian President seems to have created another first, along with convincing the Finns and Swedes to join NATO and losing the largest warship to enemy action since World War II.

He has convinced a lot of anti-nuke Europeans that their country needs nuclear weapons. This is from the Bulletin of the Atomic Scientists, the nutters who have plagued us with the “Doomsday Clock” for decades, and an article titled Poll: Russia’s nuclear saber-rattling is rattling neighbors’ nerves.

On March 26, former Russian President Dmitry Medvedev laid out the country’s conditions for a nuclear launch: a nuclear attack on Russia or its allies, an attack on critical infrastructure that “will have paralyzed [Russian] nuclear deterrent forces,” or any “act of aggression committed against Russia and its allies, which jeopardized the existence of the country itself, even without the use of nuclear weapons.”

Moscow emphasized its right to use nuclear weapons in response to non-nuclear “existential” threats. Kremlin spokesperson Dmitry Peskov recently warned that Moscow “can use and we will actually use nuclear weapons to eliminate the threat for the existence of our country.”

In Latvia, Lithuania, Estonia, Romania, and Poland, between 77 and 93 percent of respondents distrust Russian nuclear decision-making. In all of these countries except Latvia, a majority “strongly distrust” Russia’s nuclear stewardship. These findings suggest that Eastern Europeans worry–or at least they did in mid-March–that Putin’s nuclear threats could be more than just talk. Such dread goes hand-in-hand with broader anti-Russia views. Almost nine out of 10 people described their view of Russia as “unfavorable.”

Nuclear proliferation looked least desirable in Lithuania and Latvia–only 38 percent and 40 percent favored them, respectively. In Romania and Estonia, the public was split at 45 percent and 51 percent, respectively. In Poland, which boasts both by far the largest military and economy of the surveyed states, almost two-thirds of the public openly declared their support for a national nuclear weapons program.

The change in attitudes is striking. When Poles were asked the same question in 2018, 83.6% favored abolishing nuclear weapons. However, the newfound realization that a non-nuclear country can be rather helpless in a confrontation with a nuclear-armed enemy has led Poland to request the US to base nuclear weapons in Poland; see Poland Says That if the U.S. Has Some Spare Nukes They’d Be Happy to Take Care of Them.

With that as a backdrop, let’s look at the problem.

Ukraine used to have nuclear weapons. Under the terms of the 1994 Budapest Memorandum, in return for Ukraine giving up the nuclear stockpile it inherited from the USSR and signing the Nuclear Non-Proliferation Treaty, the US, UK, and Russia all promised to respect the independence and sovereignty of Ukraine within its existing borders and refrain from threatening or using force against Ukraine. Russia has violated this agreement constantly since 2014, and even earlier, if you include placing the Putin stooge, Yanukovych, in Ukraine’s presidency. In short, every state bordering Russia has learned that Russia will not keep its word and will not hesitate to use force to impose its will. Through their experience of being subjugated by Russia, they have learned that the Russians consider them inferior peoples…Untermenschen, I think the German philosopher called them.

Russia, for its part, seems to have baked making nuclear threats into what passes for its foreign policy. Just last week, Sweden and Finland got a thinly veiled nuclear threat as it became apparent that they would join NATO. The threats have been effective. It is not uncommon to have people say that we should let Putin have his way in Ukraine because he has nukes. When you think about it, he’s always going to have nukes, and if you are scared because he has them and refuse to defend friends and allies out of that fear, then you’ve lost the right to be called a free citizen of a free country. You are a slave to your own lack of courage and to Vladimir Putin.

Even when Russia loses this war with Ukraine, you can bet Putin will still use threats of using nuclear weapons to try and intimidate anyone who offends him. He will also believe that his possession of these weapons will prevent NATO from taking action under Article 5.

The strategic question is how do we live in a world in which the collapsing Third World kleptocracy that is Russia possesses nuclear weapons but can’t use them to bully other nations or drag us into a nuclear conflict.

As I see it, there are two options.

First, we can provide tactical nuclear weapons and delivery systems of the type we had before we emasculated ourselves by signing the Intermediate-Range Nuclear Forces Treaty, such as the Pershing II and the ground-launched cruise missile (GLCM). These weapons would allow Poland and the Baltic States to strike population centers deep inside Russia. They could meet nuclear blackmail with nuclear blackmail.

Second, we can provide interested states with the delivery systems while we retain custody of the warheads for security and maintenance purposes. This would reprise the fiction we used during the Cold War when West Germany couldn’t own nukes. My best friend from college and my college roommate were assigned, respectively, to a West German Nike Hercules battalion and a German 8-inch howitzer battalion.

They each commanded a small custodial detachment that guarded the nuclear weapons that the US Amry would turn over to the Germans in the event of war.

The rules should be simple. We provide each interested state with not just one or two nukes but a dozen or so weapons that will ensure some survive any preemptive attacks and obliterate Moscow and St. Petersburg. The hosting nations should tell Russia that if one of their neighbors is attacked and a molecule of radioactive fallout touches their soil or EMP fries a single microchip, they will consider that a nuclear attack. We tell the Russians, “not my monkey, not my circus.” Would Putin really be willing to risk losing a half-dozen Russian cities in a nuclear exchange with Lithuania? My guess is no.

The only way we break the cycle of cringing in fear every time Putin has bad borscht and decides to threaten someone with nukes is to place Russian cities at risk. We can do this by either walking away from the non-proliferation regime that has limited the ownership of nuclear weapons or by providing some allies with nuclear-capable delivery systems and holding the weapons until that nation requests their release. It’s not a wonderful thought to contemplate, but it is better than endless wars in Eastern Europe brought on by Russia’s ability to threaten nuclear attack unless appeased.