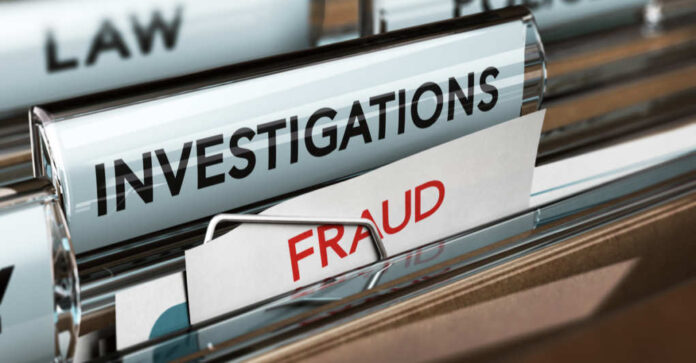 The state of New York cannot catch a break from the oppressive nature of the Democratic Party. From former governor Andrew Cuomo’s scandalous coverup of killing seniors with COVID-19 to his sexual misconduct, the state is riddled with corrupted politicians seeking dishonest gain. The latest Democrat to try and get away with corruption is none other than Lt. Governor Brian Benjamin.

Brian Benjamin gave up and turned himself in to the police. He is accused of massive amounts of campaign finance fraud.

Newsbreak reported the indictment from law enforcement and stated that he was directing funds to a real estate investor because the investor gave money towards his election campaign. His action proves that corruption does not fall too far from the Democratic tree.

The indictment stated that he was bribing people with public money, enticing people to give to his political aspirations. Benjamin was personally picked by the acting governor Kathy Hochul.

Kathy Hochul was once Andrew Cuomo’s partner in destroying New York. She took over after the sexual predator finally resigned from office in shame. Hochul cannot be blind to the actions of those that she works with. She would have had some knowledge of where the money was coming from to fund a campaign that she was destined to share with Benjamin.

The second in command has finally resigned from his position. His indictment also notes that “The five-count indictment charging Mr. Benjamin said that while he was a state senator, he had conspired to direct $50,000 in state funds to a Harlem real estate developer’s charity. In exchange, the developer gathered thousands of dollars in illegal contributions to Mr. Benjamin’s 2020 Senate campaign and his unsuccessful 2021 bid for New York City comptroller.”

Benjamin is a prime example of a Democrat engaging in corrupt practices to further his political career. The only reason he stopped was that he was finally caught with his hand in the money pot.

The fact that Benjamin resigned is a rarity. The Democrats do not want to face the music for their actions. Democrats have a way of protecting those critical to the long-term plan that the liberals have. And for someone to be pushed aside so quickly shows that they were not as crucial to the Democratic agenda as they may have thought they were.

Damian Williams is the U.S. Attorney for the Southern District of New York. He was swift to point out that Benjamin’s actions were criminal. He is engaged in political bribery. Using taxpayer money to bribe people into contributing to his campaign is illegal.

Hochul has her aspirations for the governor’s office permanently. She plans to run in the next election. But now that she has been part of two liberal alliances running the state of New York, she might as well not even try to win. Corruption is following her around. She may claim ignorance in both instances, but she had to have known and suspected something was up with all the money flowing in from sources.

Benjamin may have turned himself in to authorities, but he has since pleaded not guilty. He has been let out of jail on a $250,000 bond. He must also get permission before traveling anywhere of consequence. And like every corrupt Democrat, he will not make any statements as to why he is involved in such heinous crimes.

The young man was supposed to be an example for the next generation. But the young politicians coming out of the Democratic Party are not proving to be the next fighting force for the future that the old-timers thought they would be.

Benjamin’s actions seriously undermined the liberals’ goal for the state of New York. Many within their party are not looked on favorably by voters because of the nasty policies they promote. The Democrats will be the reason they lose so many spots of power in the upcoming election. The people do not trust them any longer to represent public interests in the halls of the legislature.