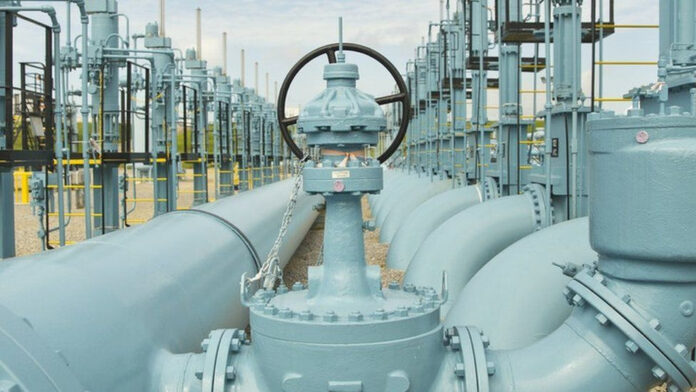 Remember when we were supposed to be united by our current president? Joe Biden promised to unite the country and heal us. Yet, we’re back to 2020 antics all over again.

When push comes to shove, many Americans look out for themselves. The stockpiling of toilet paper showed that people were looking out for their own households with little to no care as to whether others had any.

And, the toilet paper stockpiling left the supply chains broken – and in many ways, they’re just starting to be mended.

After a cyber-attack on the Colonial Pipeline Company, fuel supply along the East Coast is limited. Gas prices have been on the rise and lines at the pumps are increasing.

Nope. Photos have emerged all across the East Coast where people are not only filling their tanks but filling spare tanks, entire fuel drums, and even plastic bags.

Whoa…we need to leave fuel for everyone. It’s not going to do anyone any good if people start running out of gas in their tanks. It will limit who can show up to work – and that will have a negative impact on supply chains – and we’re not just talking about toilet paper and fuel.

Many companies are already short-staffed. With those who actually want to work having to call out because they have no gas to get to work, it can impact the economy. Businesses may have to close…again.

The government should get involved. They need to mandate limits on the fuel so that the greedy aren’t filling up 50 and 100-gallon jugs of fuel – only to store in their garage or sell on the black market.

The problem is the same as 2020, however. You’re asking employees to tell people they can’t get what they want. And the frontline employees don’t make enough to get into confrontations with consumers. It was this way about mask-wearing and it is going to be this way about fuel consumption.

A criminal hacking enterprise known as “DarkSide” took responsibility for the attack. The Eastern European company has a reputation for stealing from major companies. Then, they give a percentage of their ransoms to charities.

According to Amy Myers Jaffe, an energy researcher, “It’s the most significant, successful attack on energy infrastructure we know of in the United States.”

The FBI has already acknowledged that “DarkSide” has compromised the Colonial Pipeline networks and that the government partners are working on the investigation.

Although some within the government have said that the shutdown won’t cause a major disruption, they’re not being realistic with what’s already happening. Cities in North Carolina, South Carolina, and Georgia are already out of fuel. The lines have been ridiculous – and while some people are in the lines to stock up, others are simply in line because their tank is nearly empty – and they need fuel to get home.

With the lines shut down since last Friday, it’s putting an extraordinary strain on gas supply – especially since Colonial Pipeline is responsible for supplying 45% of the fuel to the East Coast.

It’s been days – and people are driving all over the state to find gas stations that still have fuel. The problem is that the price gouging is evident – and many people are paying $0.40 or more per gallon more than they were last week before the hack.

And to think that it didn’t have to be this way. People could have maintained a united front. Instead, we’re back to our 2020 ways of pushing people out of the way and focusing only on ourselves.

Why is 2021 just as bad? We only need to turn to the president. Biden has been a divisive president. He’s made many decisions based on party lines – and it causes Americans to divide. Combine that with Dr. Fauci still demanding the use of masks and people have just had it. They’re suffocating, they’re tired, and they’ll have tanks of gas if they damn well please.