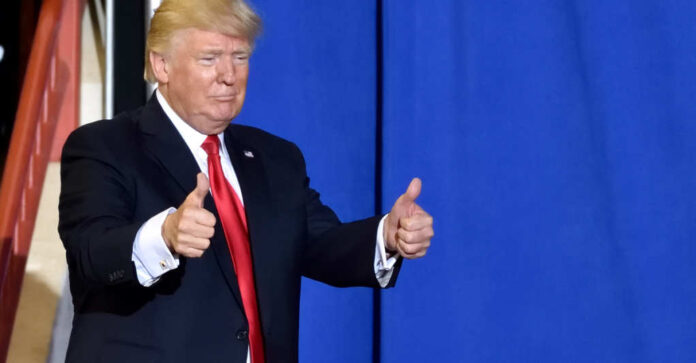 Think all the talk about decertifying the 2020 presidential election is over? It’s not. A former lawyer for Donald Trump, John Eastman, recently took a trip to Wisconsin to meet with the Republican leader of the state Assembly. Eastman, who is also one of the new targets of the House committee investigating the January 6 attack on the Capitol, was one of the allies of Trump who had drafted a plan for the former president to keep the White House by arguing that Vice President Mike Pence could reject electors in places for the 2020 presidential election.

Eastman, along with some other allies of Trump, met with Republican Wisconsin Assembly Speaker Robin Vos in March to try and convince her to decertify Biden’s 2020 win, according to sources familiar with the meeting.

The group of 16 GOP allies met with Vos on March 16 for almost two hours in an attempt to get back electors they believe were falsely given to Biden.

Eastman was subpoenaed by the congressional committee probing the Capitol attack, but he had not been cooperating by sending documents because he claimed attorney-client privilege. But recently a federal judge ordered him to release most of the requested documents.

Jefferson Davis, a Wisconsin Republican activist, was in the March meeting with Eastman and Vos. He said that Eastman pushed Vos to start “reclaiming the electors.”

Eastman responded to questions about the meeting with Vos, “By explicit request from Speaker Vos, that meeting was confidential, so I am not able to make any comment.”

After the meeting, Vos made clear his position that the 2020 election can’t be decertified. But he has maintained that there was widespread election fraud and he was even held in contempt by a judge last month for not handing over documents related to the GOP-led probe he had launched in May of 2021 into the previous presidential election.

This is just the most recent effort from Eastman to get the election overturned. In February he met with leaders of Colorado’s election denial campaign as they met for an “emergency town hall meeting” in Castle Rock. The meeting was led by FEC United founder Joe Oltman who rallied support against Colorado’s Secretary of State Jenna Griswold. They say she participated in an election fraud conspiracy. During that meeting, Eastman reported that he is in the midst of lawsuits over the election in Texas, Pennsylvania, Georgia, and Wisconsin. And he described the personal attacks he and others are encountering calling them “pure evil.”

Former President Trump has been following the efforts of Eastman closely and said in a statement last month that Speaker Vos should “do the right thing and correct the Crime of the Century—immediately! It is my opinion that other states will be doing this, Wisconsin should lead the way!”

Another strong ally of Trump, MyPillow CEO Mike Lindell, has also joined with others in Wisconsin to pressure them to take action with the electors. Lindell is now facing a $1.3 billion lawsuit from Dominion Voting Systems. They say he spread false claims about their voting machines. He was just in Mar-a-Lago last week with Trump to attend a fundraiser for Arizona gubernatorial candidate Kari Lake.

It seems that the more people like Eastman and Lindell work to overturn the election results, the more they become people of interest in those investigating the January 6 attack. The federal judge who ordered Eastman to deliver his attorney documents has apparently already said that Trump “more likely than not” committed felony obstruction while attempting to overturn the election.

At this point, the press continues to only focus on the reports that detail recounts, filings, and audits that fail to see any widespread fraud in battleground states.

The Associated Press reported that only 24 people out of 3.3 million who voted in the 2020 election have been charged with election fraud in Wisconsin.

But there is a band of people supporting Trump who have significant skin in the game in their effort to prove otherwise.