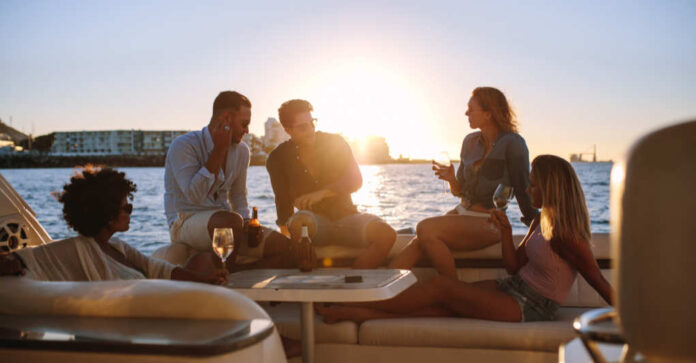 While Putin and his pals are murdering Ukrainians and railing against the evils of the Western world, their jet-setting spoiled offspring are oblivious to the horror and devastation their deep-pocketed dads are dishing out. They have no use for the trivial frivolities of the world’s working-class serfs who were placed on earth to serve their every whim. These are Russia’s rich kids.

Their parents with whom they spend little time own high-dollar real estate in posh areas of European capitals and are heavily invested in the same Western civilization they criticize. The one where their daughters buy one-of-a-kind designer dresses and attend red-carpet events. The one where their children attend only the best universities in London and the U.S.

The young Russians adore flaunting their luxury on social media. The daughter of one oligarch decided to chill on her 22nd birthday without all of the usual fanfare. And what better place to do it than at a private $10,000-a-day Adriatic seaside villa that her lower classed social media followers would just love to see pics of?

Russia’s financially blessed children tend to adapt to the ways of the West rather than the traditional Russian lifestyle of their peers, and it sticks in Putin’s craw. Just last month he lashed out at Russian oligarchs for “mentally” aligning with the West.

Russia’s 5ft 7in leader let them know that they are not part of some “higher race.” He said they are only helping the “collective West” to achieve their goal of “the destruction of Russia” by working and integrating with them.

A professor specializing in Russian politics at the University of California, Los Angeles, Daniel Treisman, called it correctly by saying, “It is obviously extreme hypocrisy.”

“They may not even see a contradiction,” he said. “They believe that there’s this competition between the US and Russia, but why should that affect their daughter’s educational plans? Or where they have their chateaus?”

Putin was spitting fire at the oligarchs when he said, “The Russian people will always be able to distinguish true patriots from scum and traitors and simply spit them out like a gnat that accidentally flew into their mouths.” He accused them of speaking out of both sides of their mouths.

But considering the corruption going on under Putin’s nose at the Kremlin he perhaps should clean up his own house before screaming at the enormously wealthy Russian civilians.

Putin’s deputy chief of staff, Dmitry Peskov, is the president’s megaphone. He can be heard almost daily on Russian state media carrying on about the evils of the West.

Peskov, his wife, and his two grownup kids were among the Russian citizens recently sanctioned by the U.S. A U.S. gov’t official stated that the “luxurious lifestyles that are incongruous with Peskov’s civil servant salary and are likely built on the ill-gotten wealth of Peskov’s connections to Putin.”

Peskov’s children were raised in Western Europe and didn’t return to Moscow until they were adults. They share nothing in common with Putin’s twisted ideologies nor those of their loud-mouthed father who may or may not believe a single word he’s been instructed to say.

Putin might in actuality be the only wealthy Russian with a grudge against the West. The others seem to enjoy what it has to offer over what their pint-sized leader can muster up. But at the same time, it behooves them to play along with the little guy since he’s so easy to pull the wool over. They need their brain-dead tyrant.

Russia’s wealthy oligarchs as well as Putin’s own cabinet members play him like a yo-yo. They have for years. They’re all as corrupt as the day is long and Putin would be well advised to use caution when it comes to giving them a hard time and screwing with their wealth. He’ll find out where Russia’s true power lies if the rich kids start bitching.