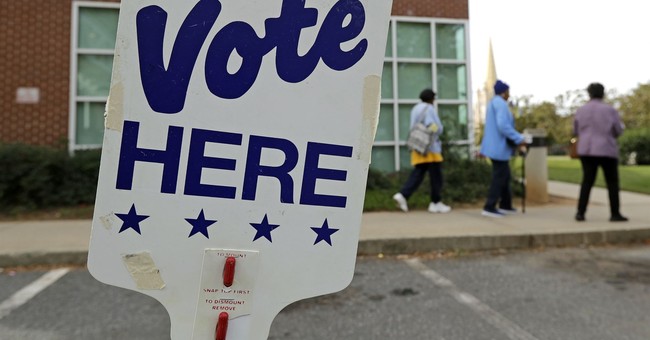 I think what we’re missing right now is that voters are very much in “What have you done for me lately?” They always are. And they don’t feel Democrats can get their s**t together and get things done.

Whoa. Okay then. He added:

Most Americans are pissed at the fact that they pay their fair share in taxes as middle-class people. They work hard. They want to see the benefits of the economy.

You sure you work for Biden?

With Biden’s approval ratings at historic lows, fellow Democrats and even the media criticizing the administration, Dems do indeed have a tough ride ahead of them. Seems they finally know it, too.

No one’s going to sit there as a Democratic consultant and try to bulls**t you that this is anything but a really sour environment for Democrats.

Notice the spin though: he emphasizes the “really bad environment,” as if it’s an outside force no one can control. Like the wind. The reality, however, is that it’s not the political environment that’s the problem–it’s that Democrats are doing a terrible job.

War in Ukraine, the disastrous Afghanistan withdrawal, record inflation — the list goes on and on. Anzalone’s response on the solution is revealing:

So if we’re able to do something — a skinny BBB or whatever — on health insurance costs, prescription drug costs, elderly care, childcare, that’s a big deal because it will give Democrats a competitive advantage on what they’re doing for working families. And it’ll cut through the inflation narrative, the Ukraine narrative, the Afghan narrative, the border narrative, et cetera.

A “skinny BBB” (Build Back Better). Ah yes, that will cure everything. Even though we know it will still have billions in pork and shoot inflation even higher.

Pay attention once again to his wording. The problem isn’t the administration’s policies, it’s “the narrative.” As if the Afghanistan fiasco was simply a “narrative,” not an actual tragedy where many died.

Two things are happening here. One, he’s following the Biden manual on shifting blame. It’s not that we suck; it’s the narrative’s fault, not ours. Two, he’s making a not-so-subtle shout out to his cheerleaders in the media: “Guys, help us out here! You’re killing us! Change the coverage and go back to slobbering over us again!” You can bet some will try, but it’s getting extremely difficult to put lipstick on this pig. (No, I’m not calling anybody a pig! It’s an expression.)

Democratic strategist Michael Stratton tells Daily Mail it’s a “perfect storm” that the Dems are facing. The midterms come in November, and the “Democrats need to you know, wake up here, smell the coffee, and start to get ready,” he said.

Anzalone seems to understand the predicament, much like a driver whose brakes have given out just as he’s headed 100 mph toward a brick wall.

So we better look at the strategic ways that we can compete, right? Just compete to not get our a**es kicked.

Let’s not get our a**es kicked! Now that’s a campaign strategy for the ages.