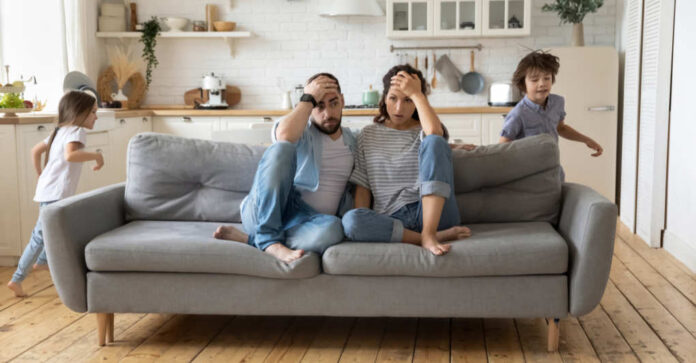 Parents are the ones who raise the kids, instill wholesome values into the kids, and make sure that they go into the world knowing right from wrong. Yet, in many liberal areas of the world, the government wants to get involved. They want to suddenly say that they have more rights over what a child learns than the parents.

Where is the line? At what point do parents get to say that the government has gone too far?

GOP states are stepping up to protect parental rights – and what was passed in Florida to prevent gender and sexual orientation classes from being taught in kindergarten through second grade was a bold (and necessary) move.

The debate on education won’t be disappearing simply because the liberals have chosen to make this the issue they fight about.

And with all that they are doing to take the rights AWAY from parents, it really begs the question: do they want to lose the midterm elections?

We continue to see how various states and counties with a Democratic-leaning are losing their edge. Democratic voters have said time and again that they are not interested in socialism or progressive agendas. All they want is to be able to live their lives, see the country improve, and have the final say over what happens to their children.

In typical fashion, the Democratic leaders aren’t listening. It’s as if they’re daring each other to see how far they can go as a way to do the exact opposite of what the Republicans are doing.

Ron DeSantis passes a bill in Florida to protect parental rights. So, what does New Jersey do? They pass a bill that basically mandates that children as young as five get taught about gender orientation.

Remember when we were growing up? We got to hold onto our innocence. We didn’t know about sex. We didn’t care who our teachers married. We were able to live in blissful ignorance about sexual orientation because it didn’t affect us. And if it did affect us because we had two moms or two dads, it was explained. It was up to our parents to determine if we needed to know about it or not.

Why is it that this has become a political issue? We should all be looking to protect children from learning about gender and sexual orientation at too young of an age.

It’s like what DeSantis said when he faced a significant amount of pushback over his legislation – why is it so important for the Democrats to push this kind of education on children so young?

Peterson said something similar when he realized that the student curriculum in New Jersey teaches children as early as kindergarten about gender identification and “encourages the use of materials tainted with pornographic topics.”

DeSantis and Peterson are not the only ones disgusted by the progressive agenda. Many parents are disgusted – and this disgust spans both red and blue districts from coast to coast.

If the Democrats don’t want the red wave to engulf them, they have to stop kicking the parents to the curb. They have to listen to the parents and start protecting the innocence of kids once again.