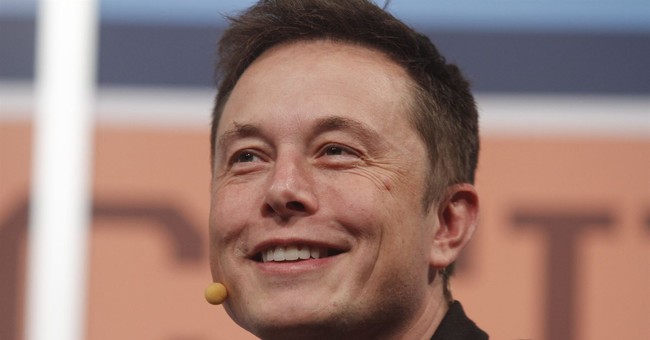 The panic that the left is throwing now over Elon Musk’s offer to buy Twitter is so delicious.

They are melting down. You’re getting people now saying things about rich people and media because — suddenly — they’re so afraid that there might be free speech.

What’s hilarious about all this is that they didn’t have any problem with Jeff Bezos taking over the Washington Post. So what’s different here? That Elon wouldn’t row in alignment with the narrative. That’s their true problem.

Now, the Twitter board is considering the offer from Musk; they haven’t come down with a decision yet. The word from Elon is that he’s secured the funding he needs.

But one of the big shareholders, Saudi Prince Alwaleed bin Talal, who says he owns 5.2 percent of the shares, is not for the deal.

If the left has such a problem with Elon, where was their objection to the Saudi prince’s buying up such a percentage of Twitter shares? Where’s their concern about his influence? Aren’t they always yelling about Saudi Arabia? So, where’s the objection to him? Notice, not so much, because he rows with the elite.

But Elon Musk had a quick response to the prince.

Exactly! Where’s the left screaming about Jamal Khashoggi now? Where’s the concern about foreign and unfree influence from Saudi Arabia, on a platform that has such influence in America?

Elon reminded people that the board must look out for what is in the shareholders’ best interests.

If they turn down a deal where the shareholders will make out like bandits, they are failing in their fiduciary responsibility to them and will be met with legal action. So, the board will be buying themselves a snootful of trouble if they do it. That may be what they are weighing right now.

But if they do turn Elon down, he does have a “Plan B,” as he jokingly said here:

So, grab more popcorn. This is fun, and it may get even better!