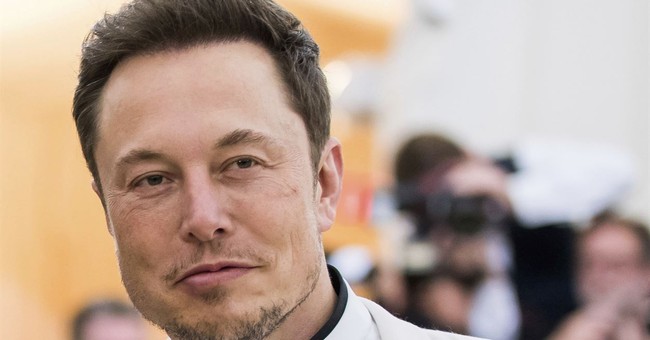 Twitter is a “private company and can do what it wants” liberals shouted as free speech was crushed and legitimate news stories were censored. Even many on the right, especially of the more libertarian variety, made that argument over the last several years.

Well, Elon Musk agrees, and per RedState’s prior reporting, he’s ready to execute a hostile takeover of the social media giant, offering to buy 100 percent of the shares at a large premium that will be hard to reject.

Here’s the letter that was sent to the current board that lays out his agenda.

As you would expect, the responses from the left are just incredible. Soak these in, because they only get more deranged from here. Just wait until Joy Reid and the CNN crew chime in.

Yes, because Twitter has been run by poor people until now or something. I especially love the argument that we must protect “democracy” by enacting more and more censorship. The coping and seething are just a wonder to behold. You have a sizable portion of the country melting down over the prospect of…more free speech.

As to those saying they’ll leave the platform, no they won’t. They aren’t going to leave any more than right-leaning individuals left after Twitter started its crusade against open dialogue and conservative opinions. As it stands, social media is the public square, whether anyone likes it or not. There are no real alternatives because of how technology has transformed the proliferation of speech.

But that leaves the question: Should the left actually be freaking out?

I’m going to pour a little cold water on things and suggest they shouldn’t. I will be happy to be wrong, but I’m extremely skeptical that the true believers that make-up Twitter’s top shareholders (including companies like Blackrock and the individual liberals involved) are going to hand it over, even if it means turning down a massive payday.

And to be sure, they’ll be turning down a windfall. There is no scenario where Twitter’s stock rises by 38 percent over the next decade or so, which is what Musk is offering. The stock is actually slightly down as of this writing compared to four years ago, and there’s little reason to believe Twitter innovates in a way to somehow boost its value dramatically. If the board doesn’t accept the offer, they are doing so simply for political reasons, and you can bet leftwing billionaires are lining up to grease the skids and make that possible.

Regardless, if Musk does pull this off, I’ve got a solution for all the liberals clutching their pearls and screaming about the end of democracy: Build your own Twitter.

And just like that, the “It’s a private company” argument vanished. You are going to see a complete about-face from those who spent the last several years insisting that Twitter can censor at will, and it’s going to be amazing to watch.

I will say this. I don’t like that the exercise of the First Amendment is now at the mercy of billionaires, but this is the world we currently live in. Because so many on the right don’t have the stomach to stop corporatism (usually in league with the government) from crushing free speech, the only current move is to play the game. Musk is playing the game, and we should all be rooting for him to succeed.