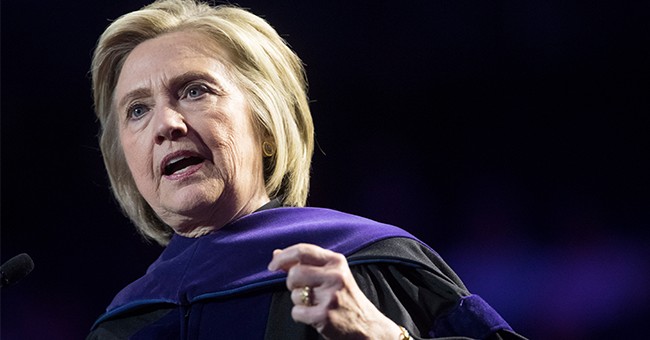 Looks like the folks in Clinton-land are going to be unhappy with the latest decision in the case against former Clinton lawyer Michael Sussmann.

As we previously reported, after filings in the case exploded all over the news about surveillance on Donald Trump’s DNS look-ups, someone must not have appreciated the attention that Hillary Clinton was once again getting in the case. Then came a motion to dismiss the case from Sussmann’s attorney. Sussman was charged with making a false statement to the FBI because he told the FBI general counsel James Baker that he wasn’t working for any clients when he fed them information smearing Donald Trump with the Alfa Bank allegations, when in fact Sussmann was working for Tech Executive-1 (Rodney Joffe) and the Clinton campaign.

That deceived the FBI into then investigating the matter, not knowing that it was precipitated by the Clinton campaign. The Alfa Bank allegations — that somehow the Trump Organization was communication with the Kremlin-connected Alfa Bank — were subsequently debunked.

But the decision on that motion came in on Wednesday and it was denied, as I’d predicted was likely to happen.

Sussmann’s attorneys moved to dismiss the case, arguing that the alleged lie for which Sussmann is being prosecuted wasn’t “material” as required by the charge.

The judge found that the question of materiality was up to the jury, so he couldn’t dismiss the matter, and that the government had to be allowed to present its case on the matter. So, the judge ruled against the dismissal.

The judge also accidentally confirmed the identity of Tech Executive-1 — by including Rodney Joffe’s name in the filing.

That means the case will proceed to trial on May 16, barring any postponements or a plea beforehand.

Now, that can’t make Hillary Clinton happy because Sussmann’s options as to what to do are running out. He can plead guilty or go to trial, with even more evidence likely to come out on the Clinton campaign plot. Meanwhile, once he is up against the wall on the charge, then that’s the time where the Special Counsel would likely be pressing for more information on the plot — who knew what when, and all the further details.

The net seems to be drawing tighter. Even John Podesta and officials from Hillary for America have been interviewed in relation to this case.

So, grab the popcorn: if he doesn’t plead out, we may get to see some fun testimony and a lot of sweating from the Clinton team.