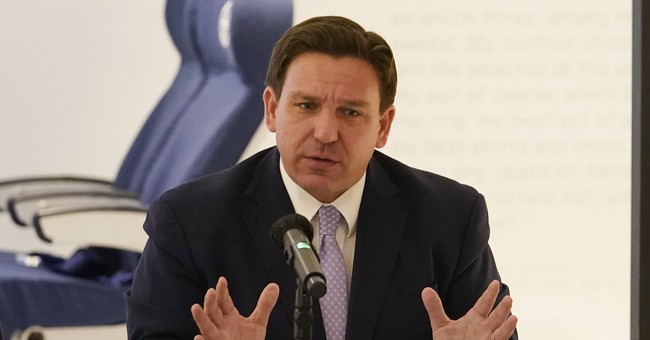 Are you ready for a third summer of wearing masks on airplanes and while using other forms of domestic and international travel? Because that looks like where things are headed.

On Wednesday, the CDC extended the federal mask mandate for public transportation another 15 days, in an inexplicable move that makes no sense whatsoever. This is the Biden administration we are talking about, though, so that shouldn’t be surprising to anyone.

When asked about the extension, Dr. Anthony Fauci actually thinks it should be even longer. Try not to punch any walls while watching this clip.

We need more time for what? To what end? Throughout the entirety of the COVID-19 pandemic, studies have shown that airplanes are one of the safest places to be because of the constant filtration of the air. No outbreak that I can find has ever been traced to an airliner. And that’s putting aside the reality that mask mandates make no appreciable difference in any situation anyway.

But what’s science got to do with any of this, right? Facts and data haven’t guided the CDC to this point, and there’s no reason to think they’d start caring about that stuff now. Thus, two-year-olds being forced to scream through their masks while flying across the country will remain a staple of air travel for the foreseeable future.

On the other hand, there are some Republicans taking a stand, and you’ll be completely not shocked to learn that Ron DeSantis is leading the way again. His state is currently suing the federal government over the federal mask mandate, and the governor put out this statement in response to the extension.

The charge that this is all theater is exactly correct. There is no rational reason to keep making people wear masks on airplanes (or trains, for that matter). The current administration, from the president to Fauci, is staffed with cowards who would rather let Americans, including children, suffer than make necessary decisions. It’s easy to keep making people wear masks because there’s no risk in that. But that’s not leadership.

With all that said, let’s hope DeSantis comes out victorious on this issue — just as he has on several other big ones. While some in the GOP are content to sit back and be dictated to (Mitt Romney actually voted against ending the mask mandate in question), it’s good to see others taking the fight to the administration. Enough is enough.