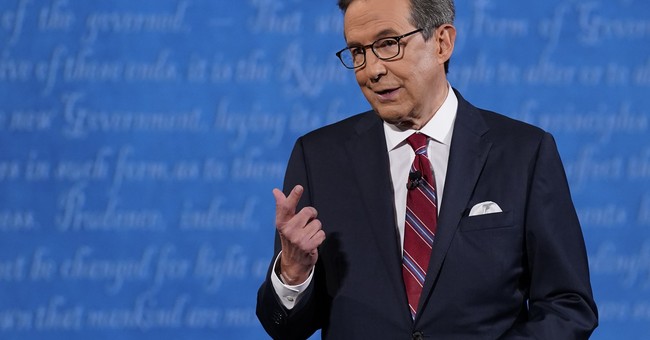 Things are not going well for Chris Wallace at CNN. In what has to be considered the worst career move of all time, he went from Fox — the number one cable news network — to CNN, land of the fake news that has trouble finding viewers. Wallace was lured away by Jeff Zucker to be an anchor on a show on their new streaming service, CNN+. But then, Zucker resigned in scandal after an affair with a colleague and more imploding on the Cuomo mess. It has not turned out like Wallace envisioned. He should have known it would have been a trainwreck even without the Zucker/Cuomo debacle because they already weren’t honest. But that didn’t stop Wallace.

Now, according to a report, he’s throwing daily tantrums over how bad it is.

Why is Wallace throwing such a snit? It turns out that CNN+ is struggling to draw fewer than 10,000 daily users after its first two weeks. That’s lower than some poorly performing YouTube accounts and it says a lot about what people think of CNN. That means that it’s far worse than just a regular failing CNN show, which might at least get a several hundred thousand. The service doesn’t even get those numbers.

Jeff Zucker destroyed the brand that they used to have by becoming a Democratic opinion site, and it’s unlikely such a streaming service can bring it back. What do they think is going to drag people in? I’m not hearing anything I would want to see, and if I’m not, I’m willing to bet a lot of others feel the same way. Plus, what conceit that CNN thinks people are going to pay more to get what they already don’t want to see for free. Add Wallace to that conceit. Does he think people want to pay money to hear from him? Not to mention that any of the small handful of Democrats who might want to watch the streaming service probably wouldn’t watch him because he’s a former Fox host, even though he is a Democrat. Indeed, I’m surprised that they could even get 10,000 to watch the service.

It’s a mess and frankly, it couldn’t happen to a more deserving, pretentious fellow than Chris Wallace. He didn’t know how good he had it at Fox, where they were willing to tolerate his pontificating. He got spoiled thinking that people cared to hear what he had to say.

The only thing that could save CNN at this point would be if they cared to embrace reality again instead of just being an arm of the Democratic Party. But it’s probably too late at this point because they lost all credibility. And it’s likely too late for Wallace as well at this point. The karmic implosion is delicious.