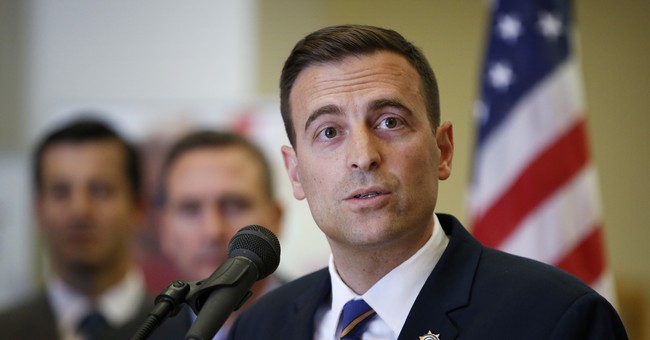 When any discussion about the 2022 mid-terms occurs these days, the House of Representatives isn’t even much of a point of interest anymore. You always hate to count your chickens before they hatch, but things are so bad for the Democrat Party that it’s nearly a foregone conclusion that the GOP not only retakes the chamber but solidifies a huge majority in the process.

With that said, things are far more contentious in the Senate, where the seats are currently split dead even between each party’s caucus. Looking at the toss-ups according to RealClearPolitics, you’ve got seven races that will likely decide the balance of power. Unfortunately, there’s precious little polling in many of the races.

Sen. Ron Johnson (R-WI) is favored to retain his seat after deciding to run for another term. Sen. Maggie Hassan (D-NH) continues to see terrible approval ratings, pointing to a strong pickup opportunity for the GOP in the Granite State. Sen. Mark Kelly (D-AZ) is seen as vulnerable, and in a probable red wave environment, Republican Ted Budd in North Carolina is likely heading to Washington.

But being conservative and assuming the GOP doesn’t win all four of the aforementioned seats to gain the majority, that leaves Georgia, Nevada, and Pennsylvania as the races that will decide the Senate. Republicans will almost certainly need to take one of the three to take the prize. Republican Herschel Walker will be the nominee in Georgia, and he’s consistently held a lead over Sen. Raphael Warnock (D-GA). In Pennsylvania, Trump’s endorsement of Dr. Oz may have thrown a wrench in things, and that race is truly a toss-up.

Then there’s Nevada. It’s not a race we hear much about it, but new numbers out of the state may prove to be lights out for Democrats.

An incumbent being down at 40 percent and getting beaten head-to-head by the likely nominee (Adam Laxalt is the odds-on favorite to win the GOP primary) is red-alert territory. Nevada was supposed to be a state the Democrats had turned blue, and if it flips back to red this cycle, it will have a dramatic impact on the next several election cycles. Could we also see the same trend happen in Colorado, another state Democrats just assume will be blue forever now? I’m not going to go that far, but that’s still not territory the left expected to be playing defense on.

Regardless, the mid-term election in Nevada, not just for Senate, but for the governorship as well, is an incredibly interesting one. That’s because the state will serve as ground zero for a test of just how much ground Republicans have gained with Hispanic voters. Going back to the 2020 election, there was certainly movement away. But it was really the 2021 elections that showed something major was happening. If Republicans start getting the votes of a near majority of Hispanics as some have speculated will happen, it will produce a massive victory in 2022, but perhaps more importantly, will set the table for more wins in 2024, including the presidency.

For decades, Democrats have taken Hispanics for granted, assuming that “demographics are destiny” and that their votes are locked in. If that changes — and Nevada will be the canary in the coal mine this cycle — it’s going to be a disaster for the left.

Getting back to the big picture, though, if Democrats lose the Senate seat in Nevada, it’s all over but the crying. Even if Republicans lose in Georgia and Pennsylvania, a highly unlikely outcome given the political realities, a win in the Silver State will deliver the majority. Yes, I’m assuming wins and holds in other places, but there is no realistic scenario where the GOP wins in Nevada but somehow gets beaten everywhere else I mentioned. That’s just not how mid-term elections work.

Nothing is for certain, but I know I’d much rather be the GOP right now.