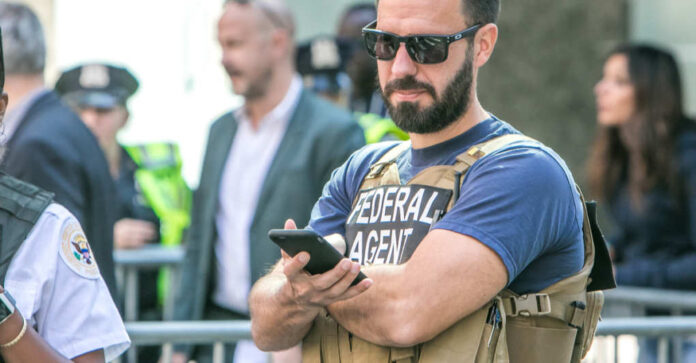 When going to impersonate someone, it helps to avoid drawing extra attention to yourself. For two men in DC, they did not get that memo. Arian Taherzadeh, 40, and Haider Ali, 36 were taken into custody the evening of April 6th, as over a dozen FBI agents stormed their luxury apartment building. The arrests come after Secret Service agents were approached by the duo with offers of luxury apartments and other gifts.

Prosecutors allege the duo claimed to Secret Service agents and others to be assigned to the Department of Homeland Security and assigned to a task force looking into gangs and violence related to the January 6th insurrection at the US Capitol. These claims allowed them to interact with actual federal agents with ease.

Taherzadeh has been accused of offering to provide Secret Service officers and agents with rent-free apartments including a $40,000 a year penthouse. Additionally, he made offers of iPhones, drones, surveillance systems, flat-screen TVs, a generator, a gun case, as well as other tools an agent might find useful. He also offered up the use of a GMC SUV that he claimed was an “official government vehicle”, and to pick up a $2,000 rifle for a Secret Service agent who protects the first lady.

As a result of the investigation, four members of the Secret Service were placed on administrative leave.

The duo’s undoing came because of the US Postal Inspection coming to their building to investigate an assault on a mail carrier. When the men identified themselves as being assigned to the phone unit, the Postal Inspection placed a call with US Special Police Investigating Unit. These men had already been drawing extra attention to themselves by setting up surveillance within the building and telling residents that their cellphone could be accessed at any time by the duo. Residents reported fearing that the men also had gained access to personal information about them.

They are scheduled for a late appearance on April 7th, but it is unknown if these two have lawyers. Another undetermined point is what their endgame was. However, the steps they have taken are the basics for a few different tactics they always alert anyone with a security clearance to look out for. It certainly wouldn’t seem like just being neighborly.

Interdepartmental rivalries exist in DC just like they do in the military, or even sports teams. They will laugh and joke around, but they aren’t just giving away $40k a year penthouses to someone from another branch. The DHS isn’t issuing iPhones for agents to give away to other agencies. They aren’t buying rifles for the Secret Service considering they have a massive budget to have the weapons they like best. They aren’t making drones and government vehicles available for other departments to use.

This whole situation sounds like espionage for the Taliban or possibly a country like Iran. Another possibility is the idea of getting their own flipped Secret Service agent. They would do so much for him, then threaten to tell on him with all this surveillance proof that he took bribes. However, if he’ll just do this one favor for them it can all be forgotten.

Either way you slice it, this is a massive issue. Not just that someone can pose as DHS so easily, but that Secret Service agents would be so trusting of someone without vetting him. A simple invite to lunch with another real agent or two, or to meet in a place they couldn’t get without real access would have been an easy way to vet their credentials. These men did none of that, which is where the real questions begin, and it also gets the internal investigations going. While the public awaits those answers, it becomes clear that these men were either in on something, or too stupid to recognize the threat. Either one makes them a liability to National security.