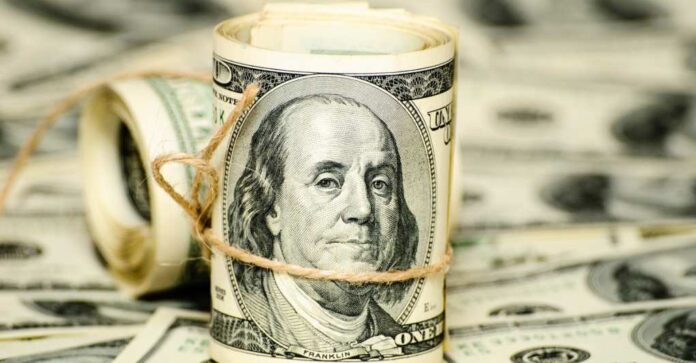 If you had hopes of the Joe Biden’s Department of Justice forgetting about the January 6 incursion on our nation’s capital in 2021, you might as well know those dreams won’t be seen to fruition anytime too soon.

In fact, according to a recent statement issued by the department, they are going to continue to beat this dead horse for as long as possible.

When asked about the White House’s new budget plan for 2023, Deputy Attorney General Lisa Monaco made it clear that the DOJ’s increased spending was needed to continue to keep the events of that fateful day as their top priority.

According to the new budget, the DOJ is requesting some $37.7 billion for its discretionary funding. This is a 13 percent increase of $4.2 billion from what they received in 2021. And you can bet that nearly all of it will be used to “investigate” whoever and whatever they want to about what they said happened on January 6.

Monaco says the funds are extremely needed as the “investigation is among the most wide-ranging and most complex that this department has ever undertaken.” She added that it involves nearly “every U.S. attorney’s office, nearly every FBI field office.” In addition, it has helped charge some 750 cases which have involved “unprecedented conspiracies and the use of rare tools like the seditious conspiracy statute.”

To make her point even more poignant, she clarified, “Regardless of whatever resources we seek or we get, let’s be very, very clear: We are going to continue to do those cases.”

Essentially, she’s admitting that it doesn’t matter what the American people end up giving her department to do this. They are going to spend it anyway to continue this shoddy narrative.

Hell, she even admitted that the funds that will be used to continue these investigations are ones that should be used for a bevy of other problems that their attention. Pursing the cases “draws on resources… that are needed to fight violent crime, those same resources that are needed to investigate corporate crime across the country. Those same resources that are going to help un enforce our civil rights laws.”

And yet, she and the rest of Biden’s ilk are willing to spend it anyway… all because they claim that a group of far-right and extreme Trump supporters tried to stage a coup and overthrow the government in a violent and deadly way.

Yes, the day’s events were tragic, and they did end in a loss of life. But the one individual who was killed, Ashley Babbitt, was not beaten down by these insurrectionists. Rather, video proof shows that a Capitol Police officer shot her.

Furthermore, it’s not like these supposedly horrible people didn’t have help. Again, video footage provides evidence that protesters were actually let into the Capitol building by Capitol Police on more than one occasion. Thanks to this proof, one man has even been acquitted on all charges.

This and other bits of evidence fly directly in the face of the left’s narrative. But as Monaco made “clear,” that doesn’t mean they are going to drop any of these cases or the idea that they can sway the American people to agree with them.

But to be fair, right now, it’s just about the only thing going for them. I mean, we have inflation, massive disunity, rising crime, soaring gas prices, and a world on the brink of war. And all of it can be laid at their feet.

What’s even more disgusting is that they know it.

They can’t be as blind to not see the red wave on the horizon by now. And so, in their diluted minds, this is their saving grace. This will be the thing that brings them back, that gives them the ability to keep their majority and their power.