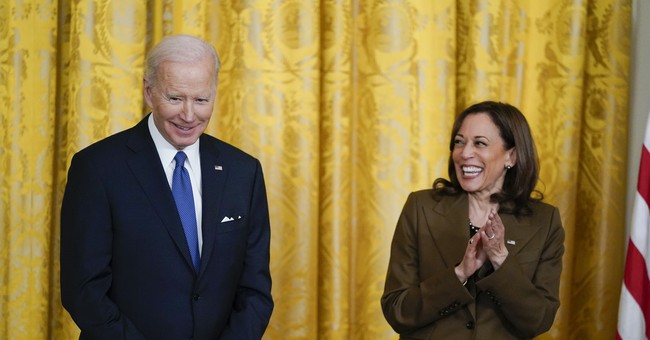 The irony of Democrats now being staunch Russia hawks never ceases to amaze. We went from Barack Obama “dunking” on Mitt Romney in 2012 for asserting Vladimir Putin’s nation is our chief geopolitical foe to the left asserting that Russia is under every bed. All the while, we are supposed to believe that such a shift was totally organic and not at all politically motivated.

Still, onlookers with even half a brain can see the truth. All the Russia hysteria has been meant to make partisan headway, from the claims of election-stealing” interference during the 2016 election to the idea that the Kremlin actively worked to defeat the current president, Joe Biden. And to be sure, to some extent, the strategy has worked. Certainly, it helped blow up Donald Trump’s tenure, and in 2020, the moral panic over Russia once again took hold of many people who breathlessly believed a few Facebook ads turned the tide four years prior.

Never one to stop running a play that has worked, the Democrats are now preparing to do it again. Russian collusion 2.0 is being prepared just in time for November’s midterms.

Russian President Vladimir Putin may use the Biden administration’s support for Ukraine as a pretext to order a new campaign to interfere in American politics, U.S. intelligence officials have assessed.

Intelligence agencies have so far not found any evidence that Putin has authorized measures like the ones Russia is believed to have undertaken in the 2016 and 2020 presidential elections in support of former President Donald Trump, according to several people familiar with the matter who spoke on condition of anonymity to discuss sensitive findings.

According to these unnamed intelligence officials, who are breaking the law to leak things to the Associated Press, Russia isn’t happy with Biden’s response to its invasion of Ukraine and is looking to interfere in the coming election. Sure enough, the implication here is that the way to push back on Russia’s malfeasance is to elect Democrats. Otherwise, you are letting Putin win. What a coincidence, right?

The intelligence community has repeatedly injected itself into politics in this way, with bogus assessments backed by no provided data. Partisan operatives then launder accusations to liberal news outlets who report them as unwavering fact — despite there being no source material given. Meanwhile, all the American public is supposed to take from such nonsense is that big, bad Russia wants Republicans to win and Biden’s party to lose.

Further, notice the weasel words using the report. Russia “may use” Biden’s behavior as a pretext, it claims. Clearly, there is nothing actually indicating they will, otherwise you wouldn’t see that kind of hedging. But just putting the headline out there is enough to be a political contribution to the Democrat Party, and that’s all the Associated Press exists to do at this point.

Republicans must push back hard on this garbage, lest they be swallowed up by it again. There’s no reason to even grant the premise here. If Democrats lose in November, it will not be because of anything Russia did. Unfortunately, I wouldn’t hold my breath on most Republicans having the guts to stand up to such a false narrative. The concern of being called bad names on CNN rides high on most of their minds.