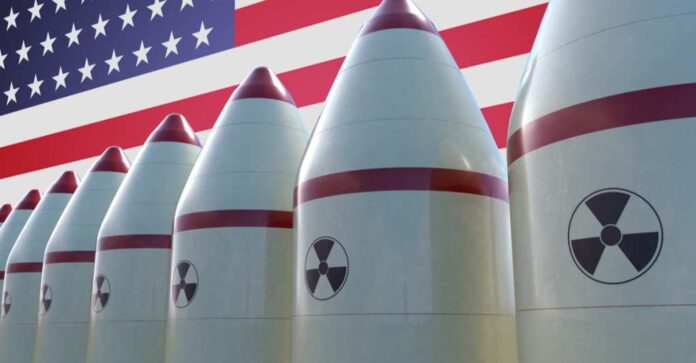 The North Korean nuclear program is making many people who live around them very nervous. They keep firing their missiles overhead and are not giving any thought to where they might land when it is time they come crashing down. And for all practical purposes, there’s no international power in the region that will intervene if they decide to use their nuclear bombs. That reality is why Yoon Suk-yeol, the soon-to-be president of South Korea, is asking for the United States to send nuclear deterrents to the region. He is asking for bombs and submarines to be dispatched to his country to help keep the threat of nuclear war to a minimum. The requests were made during talks held in Washington. American allies are reaching out and asking for Joe Biden to listen and stand with them.

The South Korean delegates met with Jake Sullivan, the U.S. national security adviser making a mess of things for Joe Biden. Yoon wants a strong presence in the region to stop the threats coming from North Korea. Their northern border is at risk because of the nuclear tests the power-hungry dictator performs.

Park Jin is a member of the delegation. He stated that “Deploying the strategic assets is an important element of reinforcing the extended deterrence, and the issue naturally came up during the discussions.”

North Korea is on a power trip. Ever since they tasted the power of nuclear weapons, the evil leaders could not help themselves. They keep right on doing things that inch them closer to being able to threaten those around them.

The delegation is putting their hope on Biden to make a difference. But his track record of getting involved with international matters lacks consistency and effort. And those few times when he put his name out in public, the matter ended badly for everyone. It was revealed that there were no guarantees that Biden would do anything during the meeting. This is a clear sign that South Korea wasted their time seeing the old man.

Newsmax reported that “Yoon, set to be sworn in on May 10, is mapping out his foreign policy agenda after winning the March 9 election, just as tension flares after neighboring North Korea launched a new intercontinental ballistic missile (ICBM) last month. The deployment of U.S. bombers, aircraft carriers and nuclear submarines is part of Yoon’s election plank promising to ‘respond firmly’ to the North’s threats.”

Biden has only supported the evil in the world. He favors Russia and China, which are big-time supporters of North Korea. The problem with his promise is that the force he wants to use to respond decisively will not do much for him. Much larger powers will, ultimately, counter anything that America could do to the North.

The regime of North Korea maintains that they are not ramping up for war. But that was the same tune that Vladimir Putin claimed right before he marched into Ukraine.

Park was anything but helpful during his time with the South Korean delegation. They traveled thousands of miles to meet and discuss a threat to their existence, and all the president and his advisors could do were act like they were interested.

Biden has been asked to come and see those standing in the gap and ask for more support to stop North Korea. But so far, he has yet to respond. The old man does not have the traveling gene in him anymore. He is content to sit back and watch how things unfold from his Oval Office rocking chair.