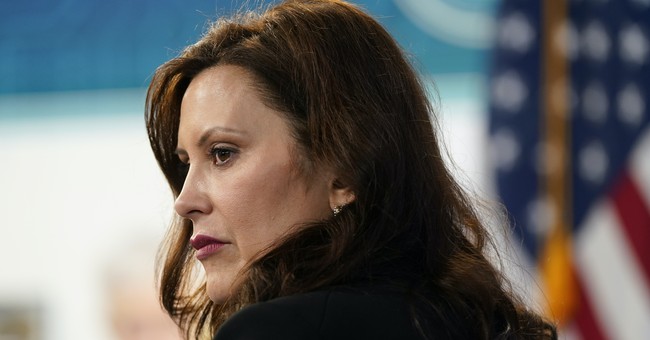 If you’ve followed the saga of the supposed plot to kidnap Michigan Gov. Gretchen Whitmer, you’ve been privy to a variety of twists and turns over the last year or so. Those include the high probability that the FBI orchestrated the entire thing to entrap people and reinforce a politicized narrative, i.e. that the “right” is a domestic terror threat to Democrats. That fit right into what was being pushed prior to the 2020 election.

Sure enough, several different pieces of evidence emerged showing that FBI agents, including one who ended up being arrested for physically abusing his wife, were central to organizing and goading vulnerable, disturbed men to go along with the plot. Why did that happen? Again, it sure feels like politics was at the center of everything.

Now, we’ve got the verdicts in the trial of two of the men charged over the ordeal, and they represent a massive blow to the FBI’s credibility.

Jurors on Friday acquitted two men of conspiring to kidnap Gov. Gretchen Whitmer of Michigan, and said they were deadlocked on charges against two others, in a significant defeat for federal prosecutors in one of the highest-profile domestic terrorism cases in decades.

The jury of six men and six women found Brandon Caserta and Daniel Harris not guilty of all charges against them, and did not reach any verdicts on the charges against Barry Croft and Adam Fox. All four of the men had been accused of plotting to snatch Ms. Whitmer, a Democrat, from her vacation home in 2020.

As the verdicts were read, federal prosecutors and F.B.I. agents sat in silence while Mr. Harris and Mr. Caserta hugged their lawyers.

“Obviously we’re disappointed in the outcome,” Andrew Birge, the United States attorney for the Western District of Michigan, said outside the courthouse. He added: “We still believe in the jury system, and really, there’s not too much more I can say at this time. I appreciate the time the jury put in. They listened to a lot of evidence, deliberated quite a bit.”

The jury also hung regarding the charges against two other men, which means is pretty much a clean sweep of failure for the government’s case. How did this happen? Well, as the above links to prior RedState reporting show, there was a lot of evidence of FBI misconduct, from how everything started to the informants who were used to build the prosecutions. Further, the totality of the evidence against the men charged boiled down to some less than proper rhetoric, mostly over text messages. Apparently, the jury was not impressed by how all this went down, and it’s good to see that the legal system can still sometimes smell a rat when there is clearly one present.

In the end, it appears that there was never any serious attempt to kidnap and kill Whitmer. Rather, some men of less than solid repute were herded and groomed to be part of a plot that never would have taken place without the FBI’s involvement. That’s not how any of this is supposed to work. Domestic terrorism plots are not supposed invented by the government in order to support the political narratives of a single party. Yet, that’s exactly what it seems happened here.

And don’t kid yourself — none of this happened right before the 2020 election by accident. There’s no doubt in my mind the FBI and DOJ wanted Donald Trump to lose, and what better way to help that along than to make it seem as if his supporters were domestic terrorists?

The FBI and DOJ continue to see their credibility collapse, and it’s well deserved.