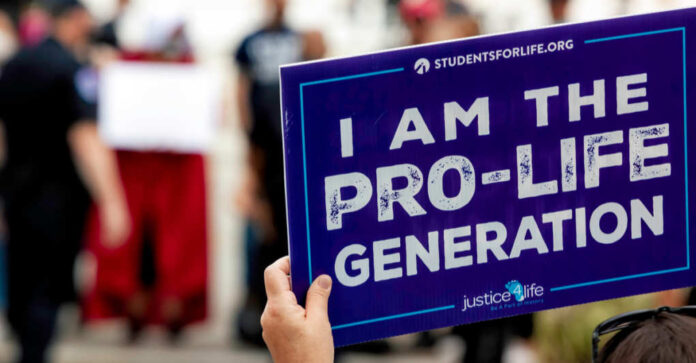 Washington D.C. has long been a place where liberals flock to live and push for things that are contrary to the Constitution. But when a pro-life group starts demanding that an autopsy be done on a bunch of baby bodies found, the meaning of liberal takes on a whole new meaning. The Democrats are creating pockets of existence where people can get away with whatever their evil hearts desire.

The issue behind abortion is the concept of murder. And beyond that horrific picture is how life is extinguished before the baby is ever born.

Marjorie Dannenfelser is the Susan B. Anthony List President. She stated, “We call on the D.C. medical examiner to do an autopsy of these children’s bodies and for federal authorities to perform a thorough, unsparing investigation and prosecute law violations. Ending abortion is the human rights battle of our time and we hope that a just Supreme Court decision in the Dobbs case soon allows all states to take action.”

The Progressive Anti-Abortion Uprising found several bodies that looked like they had been cruelly abused before they died. The dead bodies that were discovered looked as if they had been tortured because of the methods used to kill the child. The bodies of the deceased were also photographed by Live Action to call attention to the horrors taking place in abortion clinics run in liberal regions.

The bodies in question bear the marks of illegal abortion procedures. Medical professionals reported that other bodies might be burned up to cover up the horrible practices behind closed doors in Planned Parenthood and other clinics around the country.

Dannenfelser also stated that “These horrific images of aborted children – human beings like us, subjected to lethal violence and possibly born alive at an age when their pain would have been excruciating – expose the brutality of every one of the thousands of abortions that take place daily in America.” One can only imagine the horrible cries taking place in silence as the baby’s body is torn apart or burned with acidic poison.

Democrats all over the country push for more children to be aborted. They act like they have a quota that must be met every year. In places such as California and other blue states, the door is wide open for people from all over the world to have their baby killed by a heartless murderer who calls themselves a doctor. A person who took an oath never to inflict harm on any human being is butchering children before they can ever be born.

The bodies of the deceased were handed over to law enforcement, who now have the task of determining the cause of death by investigating the findings. Police were did come and pick up the bodies from Lauren Handy, who had them until the police showed up.

The law in Washington permits abortion to take place. But law enforcement agrees that the bodies look like they underwent illegal abortion procedures. The very fact that anyone could do horrible things to an unborn baby sickens the stomach. Nothing stops a so-called doctor from taking other action if an approved method fails.

The Democrats are waging war on the unborn, and they think they are winning. But within the Democratic system of belief is one that takes the humanity of a child. They believe that people are no different than animals. And in a world where it is the survival of the fittest, a child has no chance of winning when their time comes to give up their life.

Joe Biden and his murderous group of abortion-loving thugs think that they are getting away with murder. But more states are putting new laws in place that will severely put a blockage on how many children they can kill. The rights of the unborn must be protected, and when one is murdered, the killer is to stand trial for that loss of life. But that only can happen when the Republicans take control of the country.