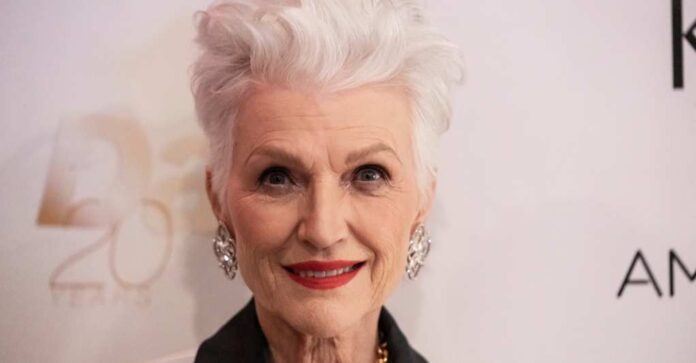 Joe Biden acts like he has everything together. He parades himself around, acting like he has all the answers to life’s problems and is completely informed. But the truth about the troubled president is that he does not know what is going on around him. And he certainly does not have his mind wrapped around the kind of technology available, given good old American ingenuity.

Elon Musk is by far the most successful man in the country. He has gone from being a hard worker to a man with more money than anyone around him. His mind is constantly thinking of how technology can make life better. And his dream of advanced space travel and exploration is becoming a reality. But the problem is that Joe Biden is clueless because he cannot pay attention long enough to remember a person’s name.

Maye Musk is the mother of Elon Musk. She has noticed how clueless the president and the vice president are given the new space technology that Musk has created. Both the liberal leaders completely missed the 150th launch of SpaceX’s latest rocket. They ignored the achievement and failed to take to heart what Musk’s technology breakthroughs could mean for the future of humanity.

Musk’s mother stated on Twitter, “Sharing this remarkable achievement with @JoeBiden @POTUS @VP @KamalaHarris who are completely unaware of the world’s most advanced rockets and spacecraft.” She took a well-deserved jab at the dynamic duo and how they seem to focus only on themselves instead of anyone else’s achievements.

The country already knew that Kamala Harris was the clueless one of the two. She sits in her office gloating like a bloated dictator because she is still the vice president. And as such, she has not accomplished a single task the president has assigned her. She still thinks that she is the most critical person because she is the first woman of color to be elected as vice president.

Musk’s SpaceX company has taken the lead in helping other countries worldwide get their equipment into space. Several agencies from around the world, such as India and other nations, could get their technology into orbit with Musk’s help.

The great thing behind the technology of SpaceX’s rockets is that they use reusable parts. The boosters can land on a platform and be brought back and reused instead of letting them splash down into the ocean, never to be seen again. Musk not only has revolutionized the industry, but he has found a way to conserve resources by not having to have rocket stages made for future launches.

Biden is so wrapped up in his electric car endeavor that he has missed the next generation of technology. Electric cars are an older idea that never took flight. Other options on the market could be implemented quicker than electricity. Many trucks on the road burn natural gas for fuel supply. They never go to the gas pump. And the energy they burn is clean and readily available.

There was a time when Biden would have praised Musk and his mother for leading the way in the auto industry. But she has since blasted his speech because it was decades old, and Biden’s speech preparer gave him the wrong one.

Joe Biden still thinks he leads the way with electric cars. But like rocket technology, he has missed the fact that Elon Musk already is producing electric cars and has been for several years. Biden is decades behind the times and needs to catch up if he will do anything for America before his term expires.