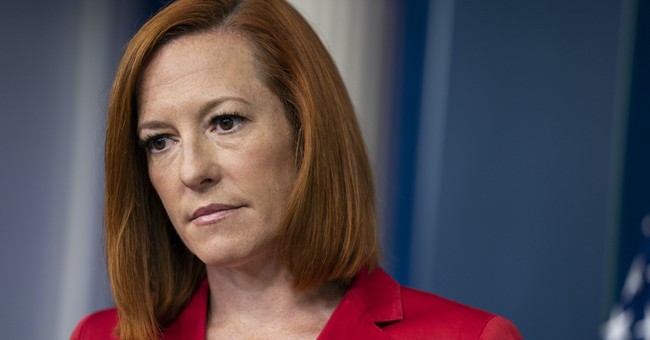 If you thought that the border crisis was bad enough already, it’s about to become horrific once the Biden Administration lifts Title 42 in May.

A recent Morning Consult poll shows that this decision may be Biden’s “most unpopular decision” with Americans. Given how many unpopular or disastrous moves he has made, that says a lot about how badly he is handling the border issue.

It’s so unpopular it’s even brought some Democrats over, to join with the Republicans in fighting the decision. As we noted:

It is perhaps with that knowledge in mind that we’ve seen even some panicked (and vulnerable) House and Senate Democrats over the last several days express alarm over the Biden administration’s decision, including Sens. Joe Manchin (WV), Kyrsten Sinema (AZ), Mark Kelly (AZ), Maggie Hassan (NH), and Raphael Warnock (GA). In particular, Warnock stated that “this is not the right time.” Manchin called it “frightening” and also indicated he’d support making Title 42 permanent.

So far, the Biden team has not been moved and is still set on harming the country and committing electoral suicide.

But Fox’s Peter Doocy put White House Press Secretary Jen Psaki on the spot when he asked what their plan was to deal with the estimated 18,000 per day who might be flooding across the border. Psaki acted as though she had no idea where Doocy would come up with such a number. Then Doocy busted her, telling her it’s from their own Department of Homeland Security reports. Whoops.

“I’ve got it right here,” Doocy said. “Earlier this week, the department (DHS) gave reporters an estimate that up to 18,000 migrants could be apprehended at the border each day if Title 42 expires.” Then Psaki sputtered and tried to recover, saying you mean “up to” the 18,000 number and “We’ll see what happens.” Yes, Jen, and what’s your plan? “We’ll see what happens” is some kind of plan. So if it’s 17,999, you just dismiss it? The Biden plan seems to be to continue to let the border be overwhelmed. And how is it that she doesn’t know what the number is? Doesn’t she know the Homeland Security information? Maybe not, because they don’t care about how many illegal aliens are pouring across the border, so why would they need to keep up with the numbers?

But as we noted, they might have to worry about the numbers if they start showing up on the steps of the Capitol or outside the White House. Texas Governor Greg Abbott also has a great response to Joe Biden’s bad move: He’s going to send illegal aliens that Biden lets in straight to Joe Biden in D.C.

You can almost see Psaki losing more and more of her patience as we get closer to her fleeing for the hills date in May; she must be so desperate at this point to get out of this sinking ship.

But they did have one big plan that Psaki announced on Wednesday — they’re going to give illegal aliens free phones so they can check in with them for their asylum appointments.

Can we say faceplant? Has there ever been a worse administration when it comes to the border? Barack Obama was terrible, but Joe Biden wins it running away.